Facebook Twitter Copy URL
Copied
'The best way to have an effect on the drug ring is to tackle the money laundering aspects,' says Olivier Lermet, senior policy advisor of the United Nations Office on Drugs and Crime in the Philippines

Countries must crack down on money laundering to break illegal drug rings, an official of the United Nations Office on Drugs and Crime (UNODC) said in a Rappler interview on Friday, August 6.

“The best way to have an effect on the drug ring is to tackle the money laundering aspects,” Olivier Lermet, senior policy advisor of the UNODC in the Philippines, said during a Southeast Asia Speaks interview with Rappler on Friday.

The UNODC defines money laundering as disguising criminal proceeds into “legal money” to hide their illegal origin. This illegal money funds criminal activities, including the illegal drug trade, and allows them to continue without jeopardizing their source, according to the UNODC.

Legal businesses could also be involved in these money laundering schemes, according to Lermet. The UNODC is currently collecting data and evidence to link the relationship between these businesses and drug rings.

Lermet said that even industries like casinos are being used to launder drug money. 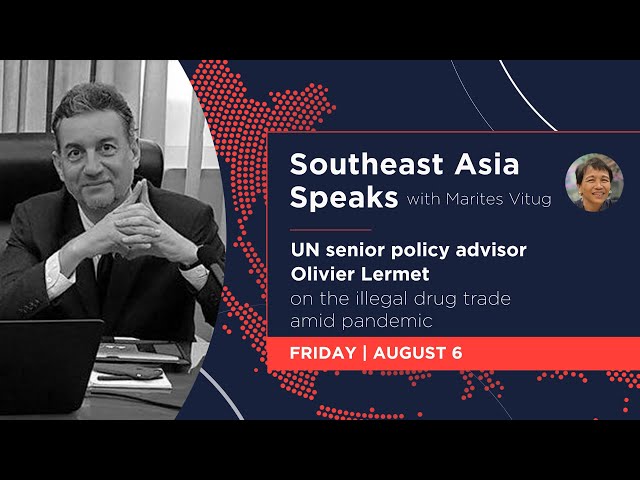 “I mean, it’s very clear that in many countries, casinos have been mushrooming, because that’s a way to transform the illegal money into legal money that can, in return, be invested in all the illegal business – in tourism, trafficking of human beings, etc,” Lermet said.

In the Philippines, the Anti-Money Laundering Council (AMLC) oversees the government’s fight against dirty money. There are at least six laws that support the projects and mission of the AMLC.

In terms of drug money, the AMLC signed an agreement with the Philippine Drug Enforcement Agency (PDEA) in 2020 to implement the criminal and civil forfeiture of laundered money “believed to be proceeds of illegal drug activities.” Under the agreement, the PDEA would seek AMLC’s help in investigating drug-related cases.

Under the UNODC’s Global Programme, countries are encouraged to counter money laundering, monitor related issues, and raise awareness on its negative effects on society.

In the UNODC 2021 report on Southeast Asia, Lermet said methamphetamine or shabu remains a major problem in the Philippines. This is despite the Duterte administration’s vaunted drug war for over five years.

In its 2021 World Drug Report, the UNODC said that the economic crisis caused by the pandemic would accelerate the progression of drug use disorders around the world. It also said that “food insecurity may intensify illicit drug cultivation and production.”

Based on the latest data of the Philippine government, authorities seized a total of 7,748.44 kilograms of shabu amounting to P48.7 billion from the first full day of the Duterte administration on July 1, 2016 to April 30, 2021.

Within the same period, Philippine authorities conducted a total of 200,632 operations, where 6,117 individuals died. – Rappler.com