For the first time in almost two years, the Philippines will reopen in-person classes on Monday, November 15, even as the COVID-19 pandemic continues.

The Department of Education (DepEd) has so far approved 100 public schools that will take part in the pilot run of limited face-to-face classes starting November 15. These schools are from areas that are deemed low-risk for COVID-19 by the Department of Health.

President Rodrigo Duterte has given the go signal to allow more schools to join the pilot run.

Bookmark and refresh this page for real-time news, photos, videos, and context of the pilot run of limited face-to-face classes in the Philippines. 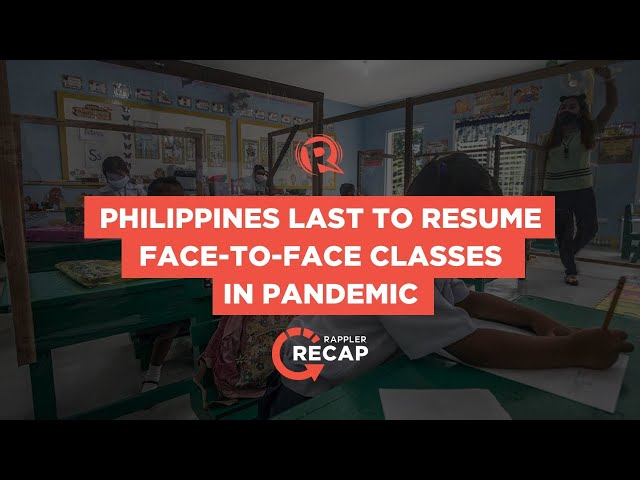 ‘Schools are zones of peace’: DepEd frowns on presence of armed cop in classroom 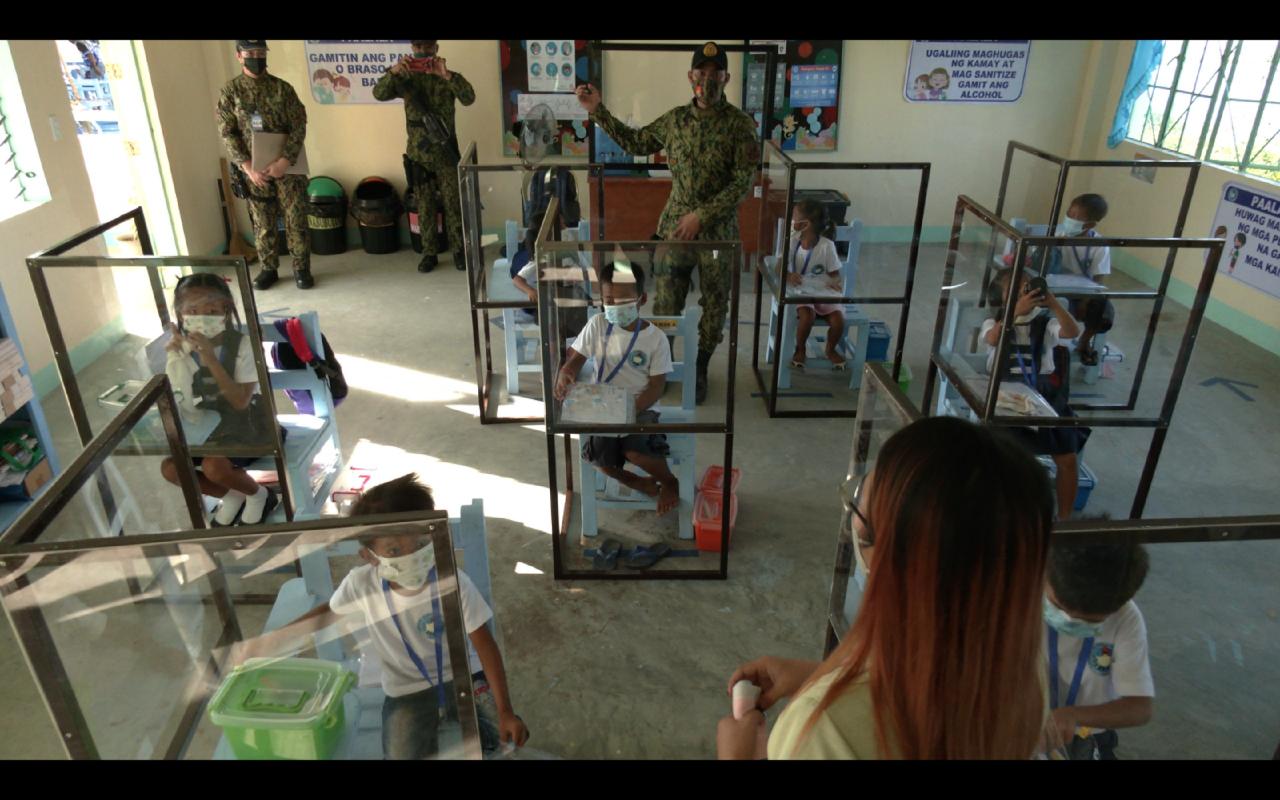 The Department of Education (DepEd) reminded its regional units on Monday, November 15, to strictly enforce its policy of keeping schools as “zones of peace” after armed police officers were seen in a classroom in Pangasinan where limited face-to-face classes was held for the first time.

In a statement, the DepEd said that the police officers seen in Longos Elementary School in Alaminos City were part of the security detail of a local government official.

IN PHOTOS: Opening of limited face-to-face classes in the Philippines

Take a look at how young schoolchildren in select areas spent this momentous day, after nearly two years of having been restricted at home and forced to adapt to distance learning.

More photos from our field reporter Bonz Magsambol, the Department of Education, and members of our community here.

LOOK: First day of face-to-face classes in Longos Elementary School ends at 11:40 am. Classrooms are undergoing disinfection. | via @bnzmagsambol pic.twitter.com/raE9hILO1v