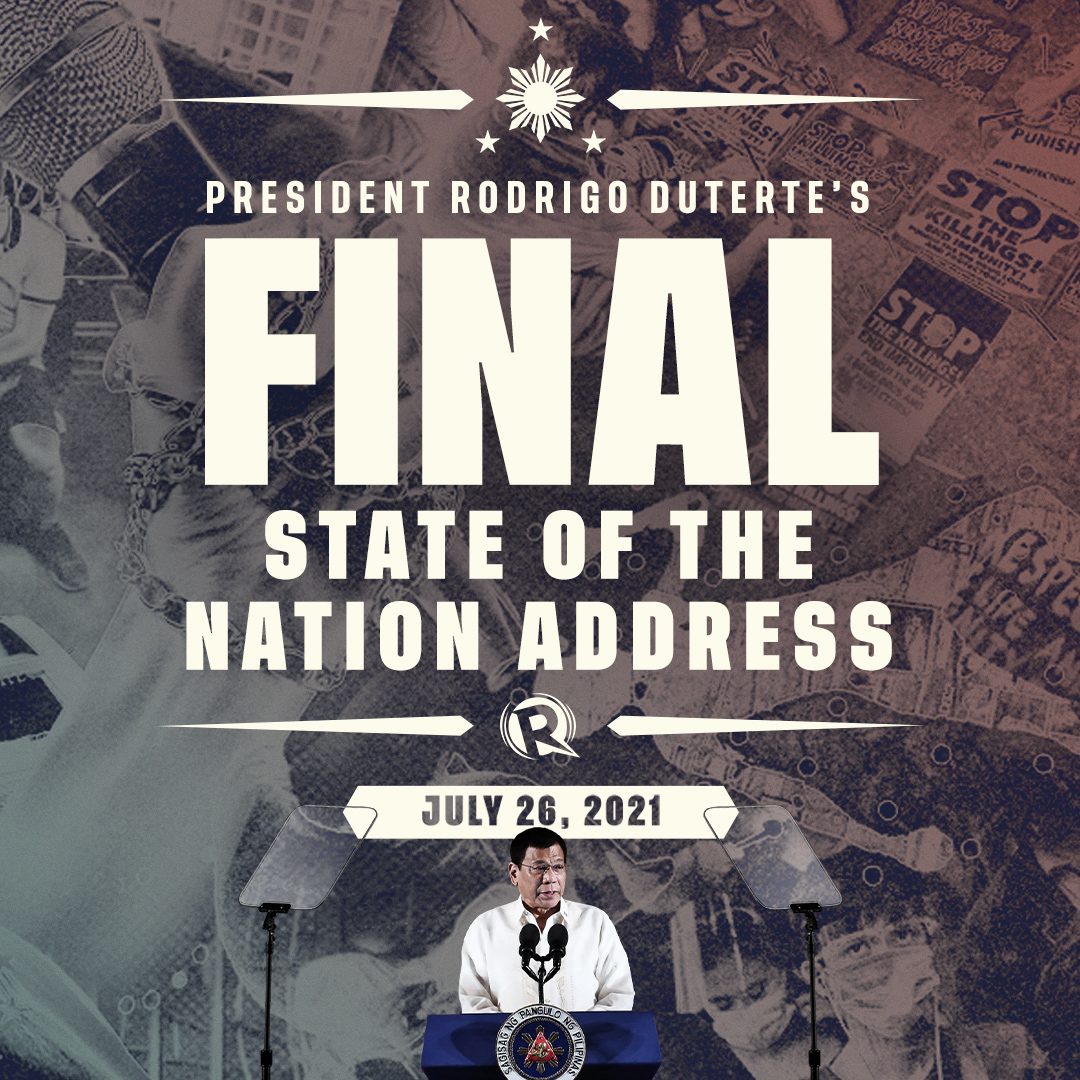 The end has started.

Less than 12 months before he steps down from office, Philippine President Rodrigo Duterte is set to deliver his sixth and final State of the Nation Address (SONA) on Monday, July 26.

Duterte’s SONA 2021, his annual speech for both houses of Congress, is taking place at the Batasang Pambansa at 4 pm (Manila time) on Monday. Set to be attended by members of the Senate and the House of Representatives, the SONA is following a hybrid format – part physical and part virtual – for the second straight year due to the COVID-19 pandemic.

What is the SONA? According to the Official Gazette, its purpose and significance is to allow the President to report on the state of the Philippines, to push forward the government’s agenda for the coming year, and to propose legislative measures to Congress.

The SONA is required by the 1987 Constitution, which states under Article VII, Section 23, “The President shall address the Congress at the opening of its regular session.”

What will Duterte tell the Philippines as he starts his final year?

Bookmark and refresh this live blog for blow-by-blow updates, including the livestream of the speech itself, text and video reports, the full text of Duterte’s address, a quick point-by-point summary, and opinions and analyses by our reporters and editors, as well as our panelists.

Duterte on Delta variant: ‘Maybe we just have to pray for salvation’

“[The Delta variant] is far more aggressive, and far more dangerous…. But if something wrong happens, I have to be strict…[it] will be just like what happened in the early days…. I don’t know. Maybe we just have to pray for salvation,” he said.

Duterte says he won’t visit US before term ends

To the very end, President Rodrigo Duterte vowed he would not visit the United States, one of the Philippines’ oldest allies, during his term as Chief Executive.

Duterte made the declaration as he went off-script from prepared remarks that were part of his final State of the Nation Address (SONA) on Monday, July 26 – one of his longest addresses to date and one of the longest SONAs delivered post-EDSA.

During his speech, Duterte repeated his defeatist arguments against China in the West Philippine Sea and claimed the Philippines would no longer act in the “shadows of great powers.”

President Rodrigo Duterte delivered the longest State of the Nation Address (SONA) since 1986. His sixth and last SONA on Monday, July 26, lasted for almost three hours.

Duterte surpassed the record of the late former president Benigno “Noynoy” Aquino III, who chalked up two hours and 15 minutes for his last SONA in 2015.  Full story here.

Duterte talking too fast, too slow? Or the teleprompter operator is sleepy

As he was going on and off-script for his sixth State of the Nation Address (SONA), President Rodrigo Duterte found himself struggling to read from the teleprompter.

“It’s either I am talking too fast or too slow, or the operator of this thing here is drowsy. Maybe because I had so many ad-libs along the way,” the President said.

Read about this light moment during Duterte’s last SONA here. 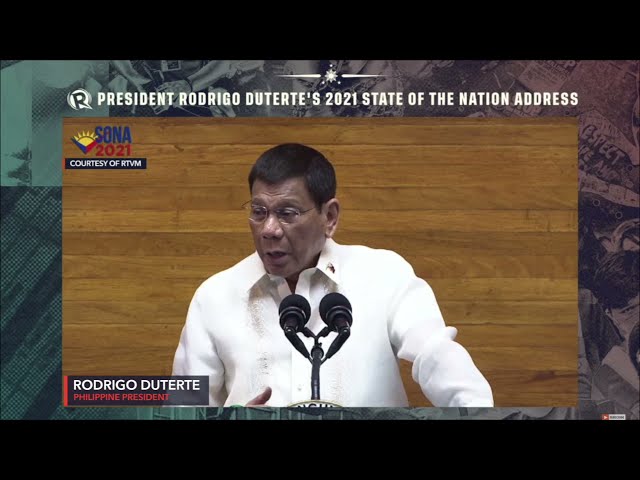 Duterte: I really don’t know what to do to stop spread of Delta variant 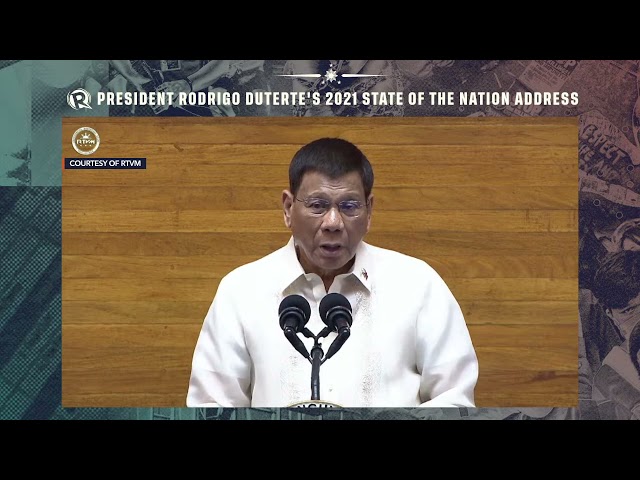 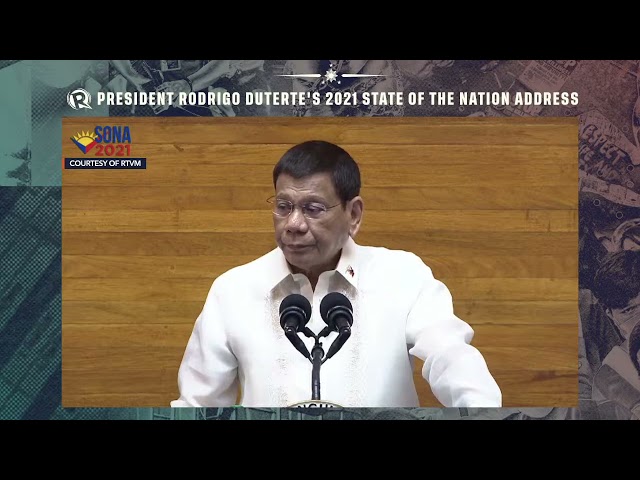 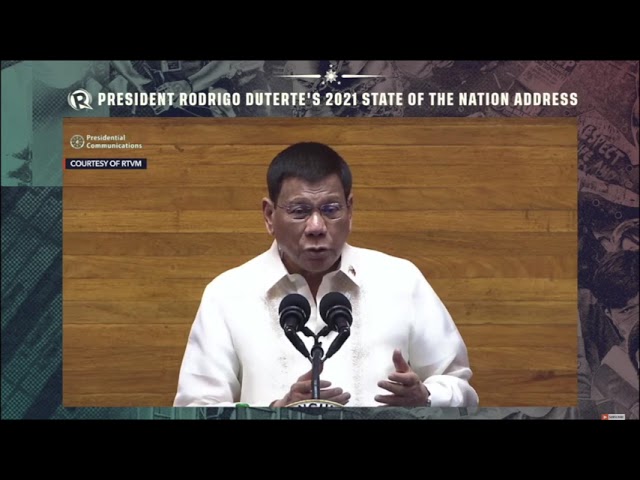