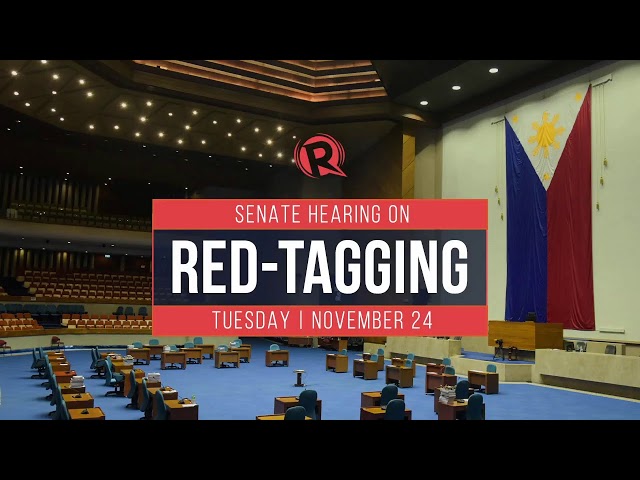 The Senate committee on national defense continues its hearing on Tuesday, December 1, at 10 am on the rampant red-tagging practice of the government’s defense sector. (READ: Gov’t platforms being used to attack, red-tag media)

In the previous Senate hearing on November 24, progressive lawmakers reiterated their call that those engaged in red-tagging should be held accountable. Leftist leaders and activists meantime challenged security officials to back their claims of red-tagging with “credible proof,” and not just rely on mere witness statements.