US seeks to seize Napoles assets worth $12.5M 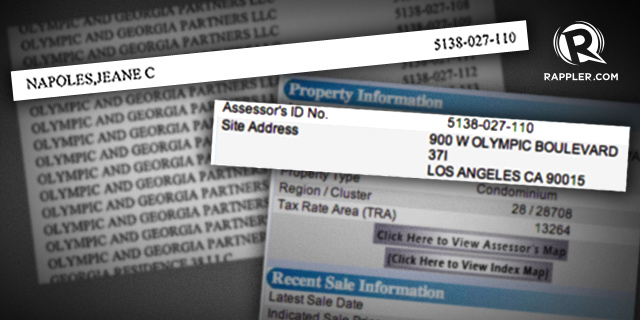 RECORDS. Los Angeles County records show Jeane Napoles is the listed owner of Unit 37I at the Ritz-Carlton in LA.

WASHINGTON, DC (4th UPDATE) – The US Justice Department moved Tuesday, July 14, to seize $12.5 million (about P565 million) in assets of Janet Napoles, a businesswoman at the center of the Philippines' biggest corruption scandal in recent history dubbed the "pork barrel scam.”

The department filed a civil forfeiture complaint to gain control of assets including a swank Los Angeles condominium, a motel near Disneyland, and a Porsche Boxster that Napoles bought for a daughter allegedly with money intended for development and disaster relief.

The complaint filed in the Los Angeles Federal District Court said Napoles paid tens of millions of dollars in bribes to Philippine politicians and officials from 2004-2012 to get $200 million in funds which were supposed to help poor Filipinos.

The organizations Napoles ran did not deliver the services, and she took the money for her own personal use, the department said.

"The Justice Department will not allow the United States to become a playground for the corrupt or a place to hide and invest stolen riches," said Assistant Attorney General Leslie Caldwell in a statement.

The Department said Napoles moved $12 million to US accounts in the names of, or controlled by, her family, and used it to buy a condominium in the Ritz-Carlton Hotel, the motel, and other properties.

It was Rappler that broke the story on the Ritz-Carlton property, which was under the name Napoles' youngest daughter Jeane. (READ: Napoles daughter owns LA property) 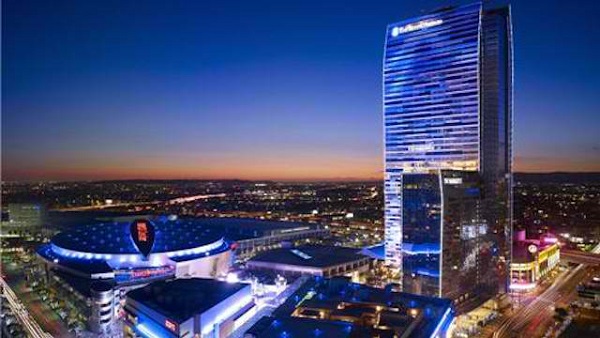 POSH LIVING. Online records show Jeane Napoles was the listed owner of a luxury apartment in the Ritz-Carlton, Los Angeles.

We earlier documented at least 3 California properties linked to the Napoleses that are worth up to US$9.5-million or P415.1-million.

Based on the California Secretary of State website, which records business entities registered with the state, there are two businesses owned by Napoles's brother, Reynald Luy Lim.

On top of this, Napoles had at least 9 US dollar accounts to her name, with one account having more than $100 million, based on the digital file of whistleblower and former Napoles aide Benhur Luy.

Napoles, already in jail in the Philippines for kidnapping Luy in 2014, has been charged along with family members in the corruption case.

It was in April 2015 when a Makati court found Napoles guilty of serious illegal detention. She was moved to a women's prison after the anti-graft court denied her plea to stay in a police camp.

Napoles faces 5 counts of plunder, 74 counts of graft, and 14 counts of malversation before the Sandiganbayan anti-graft court.

Her two older children are accused of being heavily involved in the scam, while Jeane, her youngest daughter, faces a P17.8 million ($396,610) tax evasion case.

Luy, who's also Napoles' cousin, gave prosecutors a list implicating more than 100 people in the scandal, which resulted in the arrest of Senator Juan Ponce Enrile, one of the Philippines's most powerful politicians; Senator Jose Estrada, son of a former president; and Senator Ramon Revilla, an action film star, among others.

It's been a year since the 3 senators were jailed over plunder charges. (READ: #AnimatED: Pork barrel cases vs 3 senators plod on). – with reports from Agence France-Presse/Rappler.com