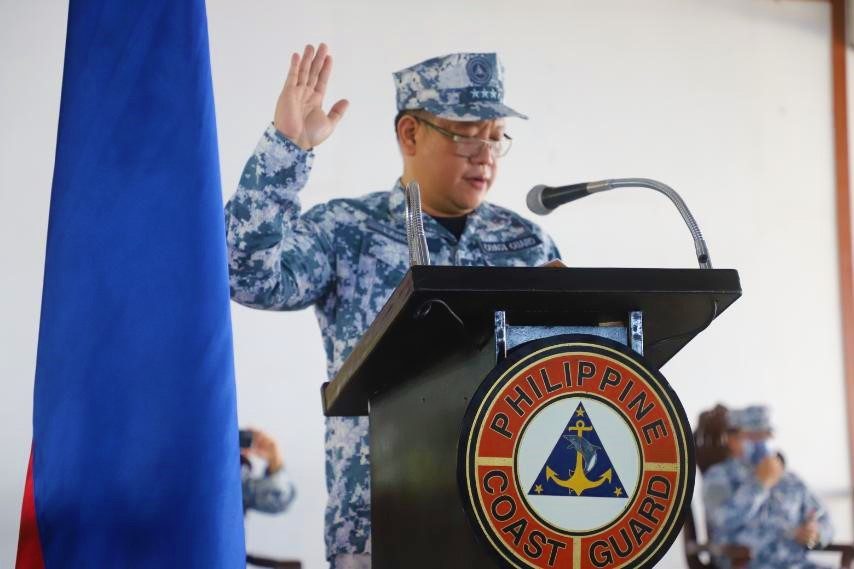 Ursabia served from June 2020 until September 8, when he reached the mandatory retirement age of 56.

In 2020, Laroya was also among the shortlisted candidates for the PCG’s highest post.

Laroya is the 28th PCG chief, and will serve until his retirement in 2022. He will oversee the agency which is responsible for maritime search and law enforcement amid the continuous Chinese incursions in Philippine waters.

Laroya belongs to the Philippine Military Academy Maringal Class of 1988. With his appointment, the Maringal Class now holds the four highest ranks in the military, as well as the highest post in the coast guard.

In its 2017 audit report on the PCG released in 2018, the Commission on Audit (COA) flagged P818,531 worth of cash advances given to Larroya that were “disowned by suppliers.”

The COA said Laroya was issued with P3.9 million worth of cash advances in 2016 and liquidated them only in April 2017. However, state auditors still found P818,531 in cash advances with irregularities.

State auditors said that in his response to the findings, Laroya said that he was “of the impression that all the liquidations documents that reached his office have no irregularity as his complex role as District Commander limits him from scrutinizing all the official receipts.” – Rappler.com