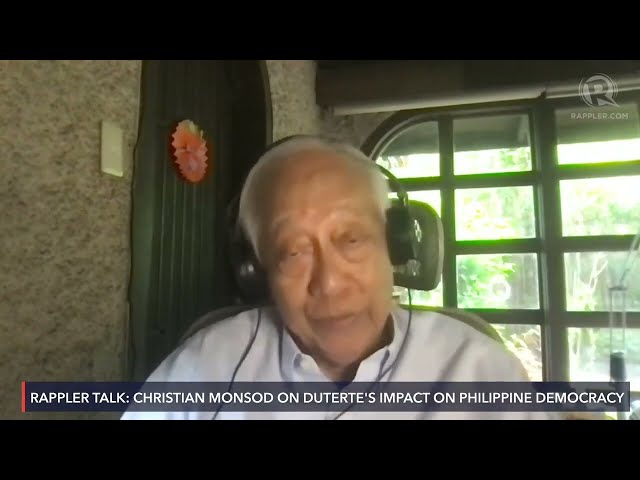 He points to how the Supreme Court reaffirmed repeated extensions of Duterte’s martial law in Mindanao in a way that dangerously expands the President’s powers. (READ: Duterte put PH on ‘slippery slope to authoritarianism’ – Constitution framer)

“I think the Supreme Court decisions [are] a bad precedent for the next administration because, as I said, now martial law can be declared anywhere in the Philippines at any time,” said Monsod.

He also hit Martires, an appointee of Duterte’s, for his restrictions on public access to the Statements of Assets, Liabilities, and Net Worth of officials.

“The Ombudsman, in his early decisions, seemed to be more concerned about protecting government officials from criticism than he is of protecting the rights of the people against abuses of government,” said Monsod.