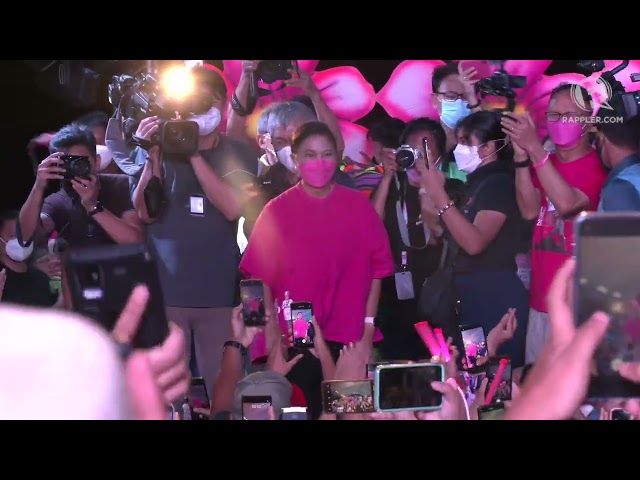 Facebook Twitter Copy URL
Copied
In Leyte, Robredo still draws crowds, but the numbers aren’t as big as the ones in Samar Island. But the lone female presidential bet hopes for 'unexpected blessings' in the home province of Imelda Marcos, the mother of her rival Bongbong

EASTERN SAMAR, Philippines – Presidential candidate and Vice President Leni Robredo barnstorms the Eastern Visayas region, where she has secured alliances with key politicians who can help seal the victory for her in May.

Northern Samar Edwin Ongchuan and Eastern Samar Governor Ben Evardone pull out all the stops for the lone female presidential candidate, gathering tens of thousands of “Kakampinks” for the grand rallies they staged for Robredo.

In Leyte, across the San Juanico Bridge,  Robredo still draws crowds, but their numbers aren’t as big as the ones in Samar Island. Leyte is the home province of former first lady Imelda Marcos, wife of the late dictator Ferdinand Marcos and mother of presidential race front runner Ferdinand Marcos Jr.