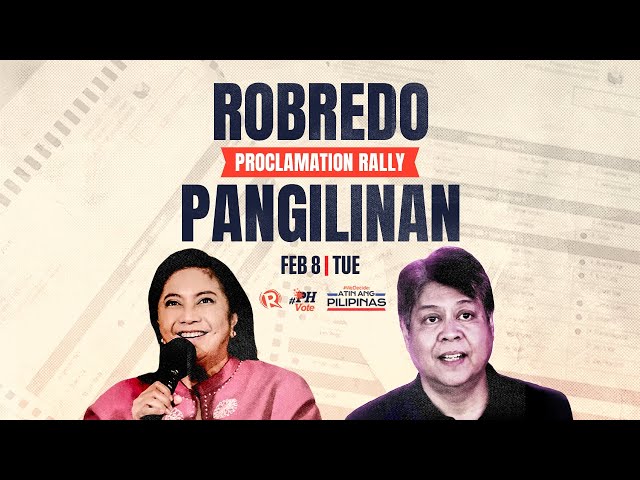 Vice President Leni Robredo is set to kick off her 2022 presidential campaign in her hometown Naga City in Camarines Sur as the official campaign period begins on Tuesday, February 8.

The lone female presidential aspirant will have a full day on Tuesday, making stops in the towns of Lupi, Libmanan, Calabanga, Goa, and Iriga City, before returning to Naga City for the grand proclamation rally to be held at Plaza Quezon in the evening.

Robredo is expected to be joined by her running mate, Senator Kiko Pangilinan, and members of her senatorial ticket.

Watch as Robredo officially launches her bid for Malacañang live at 5:30 pm on Tuesday. – Rappler.com