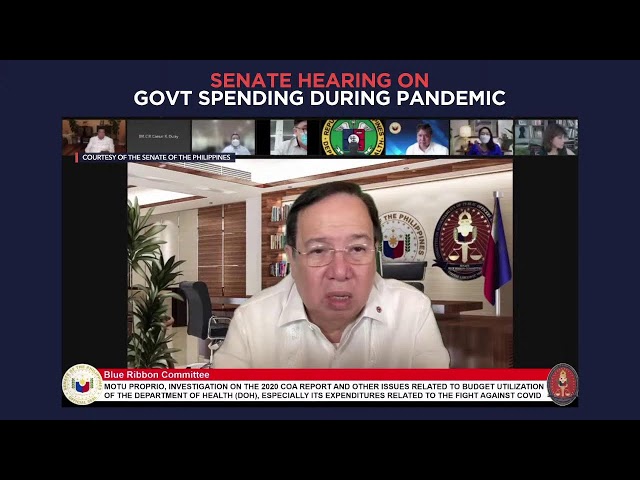 The Senate blue ribbon committee on Monday, September 13, continues its investigation into anomalous government deals during the COVID-19 pandemic.

In the hearing on Friday, September 10, President Rodrigo Duterte’s former economic adviser Michael Yang faced the Senate. (You can watch here the first five hours and 30 minutes of the September 10 hearing, and the last 20 minutes here. For a quick 20-minute recap of the hours-long hearing, watch this report by our Senate reporter Mara Cepeda.)

The September 10 hearing revealed Yang is the financier and guarantor of Pharmally Pharmaceutical Corporation, the Philippines’ biggest supplier of pandemic contracts.

The Chinese businessman, however, gave flip-flopping answers during hearing, prompting senators to give him a second arrest warrant over his evasive answers. Yang’s lawyer said he would once again face senators on Monday, as the blue ribbon committee continues with its sixth hearing.

Senators earlier cited Yang in contempt and issued an arrest warrant against him for ignoring two subpoenas compelling him to attend the ongoing investigation on anomalous pandemic contracts linked to him and his business associates.

A Rappler investigation showed that Yang, through a network of companies, has links to Pharmally.

Despite the controversies hounding Yang, Duterte continues to defend him. – Rappler.com