Facebook Twitter Copy URL
Copied
Aside from the renovation of De Lima's detention area, Azurin also clarifies that De Lima's health is also a consideration for the duration of her confinement inside the hospital

MANILA, Philippines – Days after former senator Leila de Lima was taken hostage inside the Philippine National Police (PNP) Custodial Center in Camp Crame, PNP chief General Rodolfo Azurin Jr. said they were still looking for other facilities where she could be transferred. 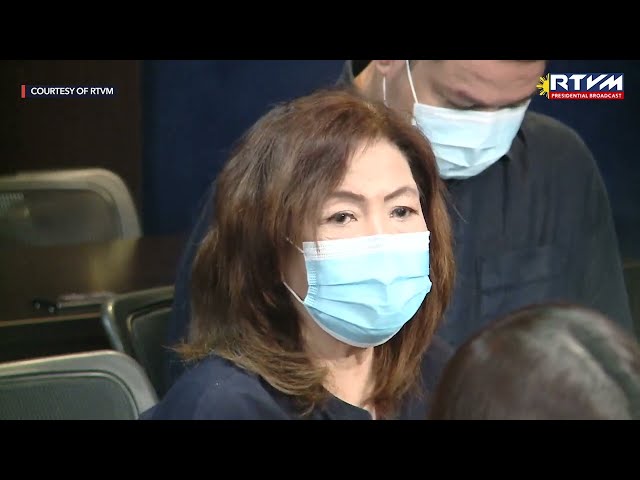 (Because the very reason why she’s in the PNPGH is because, first of all, her former detention area is being renovated and we’re still looking for other facilities where she can be transferred so she will no remember her bad experiences in her previous facility.)

Aside from the renovation, Azurin also clarified that De Lima’s health was also a consideration for the duration of her confinement inside the hospital.

After De Lima was held hostage by alleged members of local terrorist groups, the government, through Interior chief Benhur Abalos, offered to transfer her to a different facility. The former senator initially turned down the offer, but her legal team said they were not closing any doors for offers.

The PNP chief also clarified that De Lima will not be necessarily transferred to the former detention area of Senators Bong Revilla and Jinggoy Estrada. He explained that military centers could also be an option for De Lima, but he adds the former senator still prefers to remain under the PNP.

On the status of the probe, Azurin said the Criminal Investigation and Detection Group (CIDG) is on top of the investigation.

“The investigation is ongoing, being conducted by the CIDG po, both on the administrative case against the possible na tao po namin na medyo nagkamali po or naging lax po sa pag-i-implement ng security. That is why there was some sort of breach of security,” the PNP chief said. 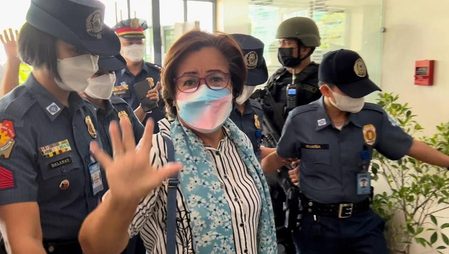 (The investigation is ongoing and being conducted by the CIDG, both on the administrative case against possibly one of our personnel, who had mistaken or became lax in implementing the security. That is why there was some sort of breach of security.)

After the incident, Azurin said they were now implementing stricter rules inside the PNP custodial facility. According to the PNP chief, the visitors of detainees were not allowed to bring anything that might harm people.

In the distribution of food, more personnel would be assigned to guard the detainees. Azurin added the facilities of female and male detainees would be placed farther apart from each other.

The hostage-taking of De Lima was perpetrated by an alleged sub-leader of local terrorist group Abu Sayyaf, Feliciano Sulayao Jr, after he and his companions, Idang Susukan and Arnel Cabintoy, attempted to escape from the detention facility.

De Lima has been staying inside the PNP custodial facility for over five years for alleged drug charges, which she dubbed “trumped up.” At present, De Lima has been acquitted in one of three conspiracy to commit drug trading charges against her. – Rappler.com