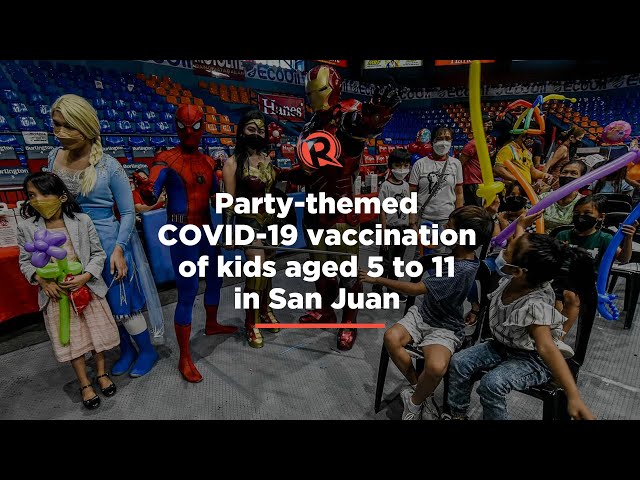 MANILA, Philippines – As the Philippines entered year 3 of battling the coronavirus pandemic, the government on Monday, February 7, started vaccinating children aged 5 to 11 against the deadly virus.

In Metro Manila, there were at least six sites that started their vaccination on Monday. These were the Philippine Heart Center, the Philippine Children’s Medical Center, National Children’s Hospital, Manila Zoo, SM North Edsa (Skydome), and the Fil Oil Gym in San Juan City.

To make children feel at ease and comfortable during vaccination, San Juan City government decorated FilOil Arena as if there was a birthday party.

(As a pediatrician, I know for a fact that it’s difficult to vaccinate children, especially when they see the needle, so what we decided was to make it festive. We made it like a a children’s party to divert their attention.)