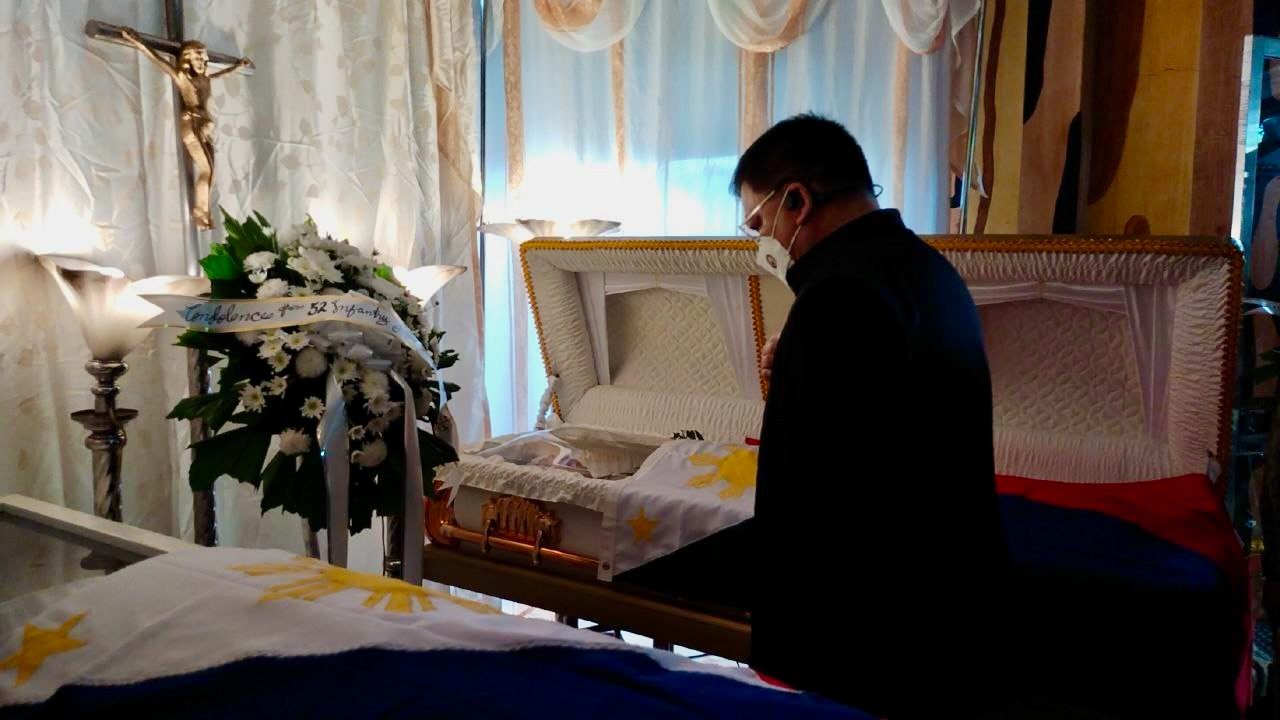 Facebook Twitter Copy URL
Copied
Communist rebels struck when only eight of 44 families were at home in Barangay Dorillo, a village under vetting for being cleared of guerrilla presence

EASTERN SAMAR, Philippines – An Armed Forces of the Philippines (AFP) officer on Sunday, October 9, sought a dialogue with residents of a village in Jipapad, Eastern Samar, that the New People’s Army attacked on Friday, October 7.

(We have many questions for barangay folk on why this attack happened. My appeal is for the residents of Jipapad to tell the truth about what happened there.)

“We are here to show that the defense department fully supports the AFP and that it is solidly behind our troops,” Faustino told Rappler in a mix of Filipino and English.

The officials also spoke to provincial board members “to guarantee that we will continue with our mission, we will not stop until we achieve peace in this place.”

They promised aid for the family of the slain and the three injured, a 10-year-old girl and two other soldiers.

The rebels timed their raid at 1:30 am, on a fiesta night, when only eight of 44 families in the village were around, said the father of the wounded girl.

Rappler is withholding the name of the child and her parents to protect their privacy.

“Natutulog kami nung mangyari ang putukan. Ginising ko ang tatlo kong mga anak at do’n natamaan ang anak namin,” the father said. (We were sleeping when the shooting started. I woke up my three children and that’s when my daughter got hit.)

He and his wife rushed to neighboring Barangay Curry to seek help in bringing their child to the Eastern Samar Provincial Hospital in Borongan City.

The farmer couple said their livelihood is now at risk as they cannot leave their daughter, who refuses to return home. They also plan to take their other two children out of the village.

Oliveros, addressing local folk, said: “We cannot solve this [insurgency] if you are hiding some things. Our soldiers are here to help you.”

De Leon left the service after dealing the Communist Party of the Philippines a series of major blows. An eight-month long offensive in Samar Island led to the arrests and deaths of ranking leaders of the Eastern Visayas Regional Party Committee and many rebels surrendered from their beleaguered units.

The offensive was capped by the explosion of a boat off the coast of Tarangnan, Samar province, on August 22, killing eight “communist VIPs”. De Leon told Rappler that while the communists absorbed major losses, they remain capable of staging large attacks on the island.

Oliveros’ remarks hint at the complexities of pacification.

The Barangay Council of Dorillo had declared the communists as persona non grata in their village in March 2020.

“We will make sure that it is really cleared before recommending it” to the National Task Force to End Local Communist Armed Conflict (NTF-ELCAC), said Oliveros. The controversial task force vets if barangays are eligible for millions of pesos in “development funds.”

Faustino said he would let the AFP decide about sending reinforcements to Samar.

“We have a major campaign to finish. If they need it, they just need to recommend and plan for it,” Faustino said. “Right now, our aim is to bring back normality and ensure the place is safe.”

“Our forces have their own deployments all over the country. If there is anything we need to change, we need to study it carefully, and any movement of forces, I leave to the AFP.” – Rappler.com