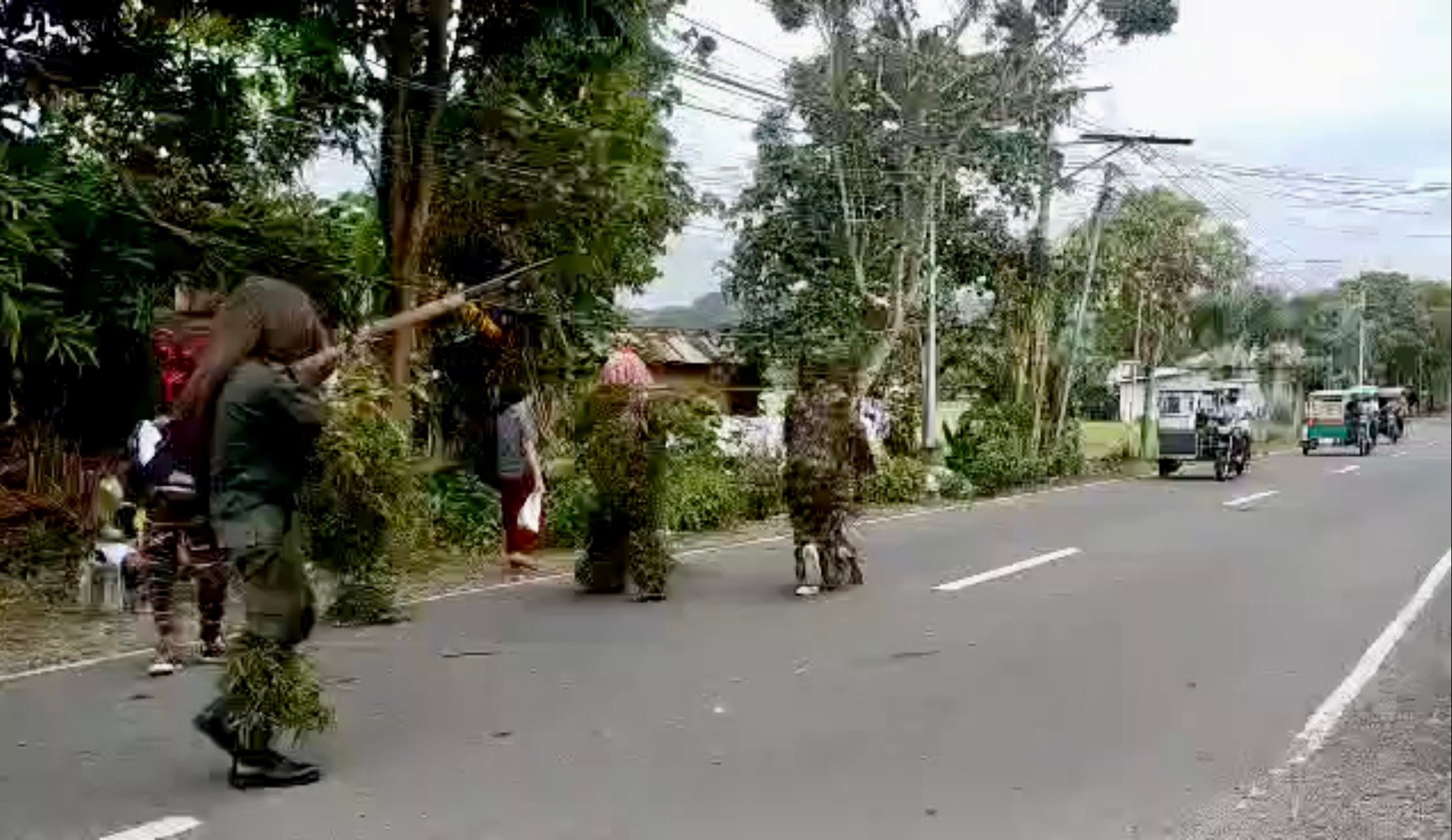 NOT REAL. These marauders are actually revelers in the Yawa-Yawa festival of Malay, Aklan, a strange twist on the Feast of the Innocents.

Facebook Twitter Copy URL
Copied
The festival is a twist on the Catholic celebration of the Feast of the Innocents, the massacre of children around the birth of Jesus on Herod's order

MALAY, Philippines – It’s not a zombie or terrorist attack. It’s not Halloween. Those devils swarming over buses and trikes are the highlight of the Yawa-Yawa festival of Malay town, in Aklan province.

Malay, which administers the famous resort island of Boracay, celebrates the annual Yawa-Yawa between December 28 to the last day of the year.

Yawa means devil in most languages of the Visayas, the cluster of islands in the middle of the Philippines.

The festival is a twist on the Catholic celebration of the Feast of the Innocents, the massacre of children around the birth of Jesus on orders by Herod. The Jewish king puppet to the Romans feared the prophesy of a new king.

But in the Yawa-Yawa, “devils” act like perverse versions of Santa Claus – reminding children not to be naughty but nice.

The six-month closure of Boracay for environmental rehabilitation in November 2018 put a damper on the festival in 2019. Festivities were also cancelled in 2020 due to the COVID-19 pandemic.

While there was a semblance of revelry in 2021, only a few groups participated under strict rules aimed at preventing the spread of the deadly virus.

This year is the first time since 2018 for residents to spontaneously take to the streets with their personal takes on the devil.

The festival, originally held in Barangay Maloco, Ibajay town, is now a tame version of its original traditions.

Revelers wear masks depicting beasts and otherworldly creatures. They sing and dance to a repurposed Christmas ditty in Aklanon language: “Sa langit wala ang beer, may beer walang sigarilyo.” (Heaven doesn’t have beer. When there’s beer, there are no cigarettes.)

Participants used to “steal” items from neighbors and offer to give these back for a “ransom”. There was one year when a group of costumed men stole an image of Child Jesus and then asked the chapel to pay for its return.

The local government of Malay eventually issued some regulations to prevent commuters, especially children, from getting traumatized by the devil swarm. 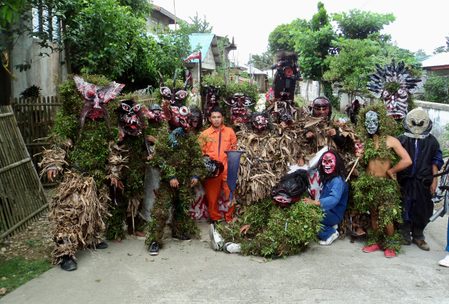 During the festival, celebrated on the last day of the year, residents wear their takes on devil costumes and pretend to waylay vehicles to ask for ‘donations’ – though it’s all for fun.
The residents started their parade 6 am of Saturday along the Argao Highway.