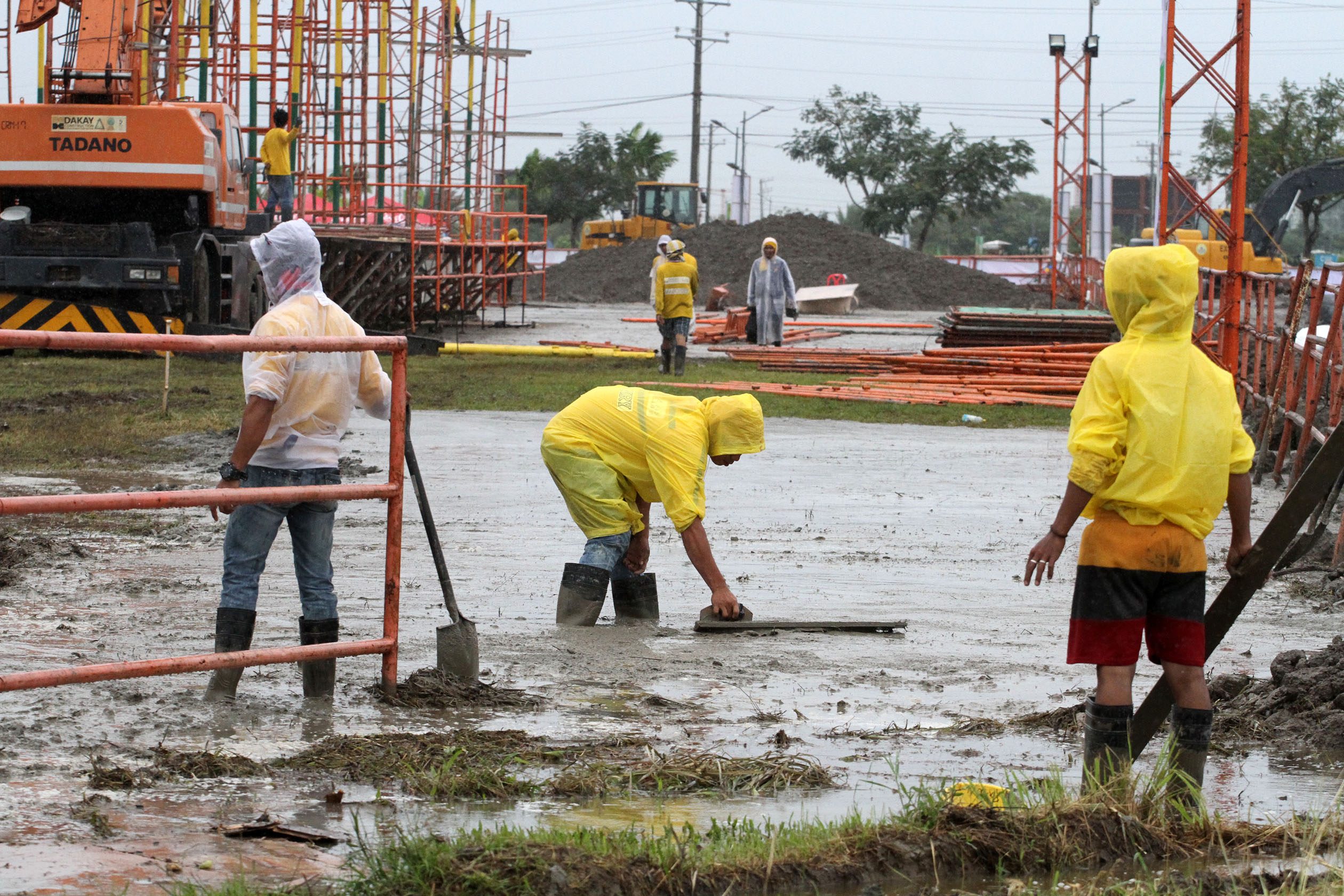 Facebook Twitter Copy URL
Copied
'Señor Santo Niño will talk to the governor,' says Cebu City Mayor Mike Rama, who insists the new venue is safer for competition teams and revelers as it's bigger than old site and less likely to invite stampede

CEBU, Philippines – The Sinulog 2023 festival celebration will push through at the South Road Properties (SRP) even with ten out-of-town contingents pulling out from the parade and poor weather conditions, Cebu City Mayor Mike Rama announced in a press conference on Friday, January 13.

“The grounds are ready. Rain or shine. No rains could stop our celebration, as it rained during previous Sinulog street dance competitions,” Rama said in his statement read by his executive secretary Collin Rosell.

On January 9, Cebu Governor Gwen Garcia expressed concern over preparations at the venue, noting the lack of facilities and amenities.

On Thursday evening, January 12, the governor and three city mayors pulled out from the festival’s grand parade.

“I can no longer risk the safety and health of our children,” the governor said.

Garcia said that she would reconsider her decision if the Cebu City government chooses to hold the festival in its “traditional spot”, which is at the Abellana Sports Complex—now referred to as the Cebu City Sports Center (CCSC).

On Friday evening, January 13, Garcia held another press conference to announce that the 10 contingents that pulled out will join the Sinulog ritual showdown in Carmen town.

“The province is ready to support the Municipality of Carmen in other logistical needs, added equipment, and everything else,” she said.

“There is no desire to compete at all but circumstances have forced us to take this course,” Garcia added 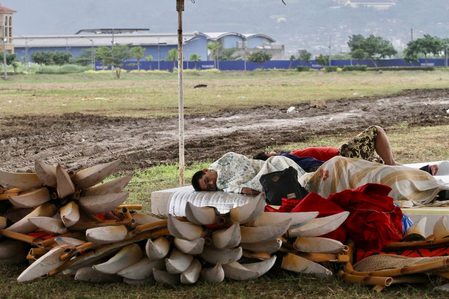 In his press conference, Rama expressed surprise at the governor’s announcement but insisted the city would push through with grand highlights in SRP.

“Señor Santo Niño will talk to the governor,” Rama said.

“We had the concept earlier (in 2022) and got the ball rolling in August, and have since been focused towards this objective,” Rama said.

He added that the SRP was even safer than the CCSC because of three main reasons: It’s less likely to invite a stampede, there would be no unruly parties invading roads, and traffic can be controlled.

Garcia had forecast a traffic nightmare for commuters coming from south of the city or those heading in that direction.

Rama recalled how in previous celebrations there would be thousands of civilians attending the event at the CCSC, trying to enter the venue despite the narrow road leading there.

In April 2022, the administration party held a political rally at the CCSC. Videos circulated on social media showing stampedes and individuals fainting inside the sports complex. Police, however, denied that there were any incidents.

The mayor assured the public that there were already booths stationed at the SRP World Tent City, which opened on Friday afternoon, January 13.

“We have done so much and we wish for people to give this Sinulog a chance in the name of Señor Santo Niño. I’ll take full responsibility but I need your help,” Rama said. –Rappler.com