“The same period shall be referred to as the trial and observation period,” Karla Henry-Ammann, Rama’s spokesperson said during the city’s flag ceremony.

On August 31, Rama made the wearing of face masks “non-obligatory” in the territory of Cebu City through Executive Order No. 5.

It also caused a confusing back and forth between Rama and DILG Secretary Benhur Abalos Jr. 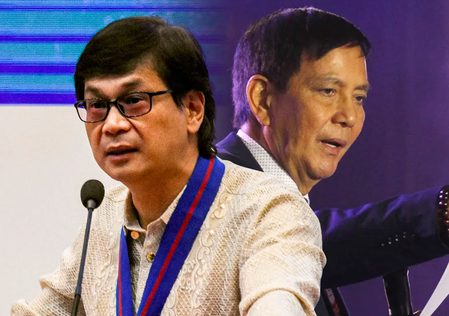 Abalos said on Friday, September 2, that Rama supposedly agreed to defer the order to make face masks optional in the city until the Interagency Task Force (IATF) weighed in on the move.

DOH officer-in-charge Maria Rosario Vergeire also said in a press conference on August 31 that the department was not consulted about this.

While the mayor said the city would review the EO, he refused to defer the local mandate and insisted that the city did not have to consult the DOH about his face mask policy. “We hope the national government will update its policies soon relative to the circumstances of the pandemic and the unique conditions in every place in our archipelago,” Rama said in a statement.

Under the new EO, the optional face mask policy would be automatically lifted if COVID-19 cases surge in the city.

Earlier in August, Cebu City Councilor Joel Garganera said that the city’s COVID-19 positivity rate was nearing 20% but has since decreased to below 5%.

Rama based his policy on the city’s record for having the most number of inoculations during the national vaccination drive and a low number of COVID-19 cases. He also said the city was one of the first to be granted Alert Level 1 status nationwide.

The Cebu City Health Department recorded more than 850,000 full-dose COVID-19 inoculations on August 31. The city has 1,156,146 adults registered for vaccinations.