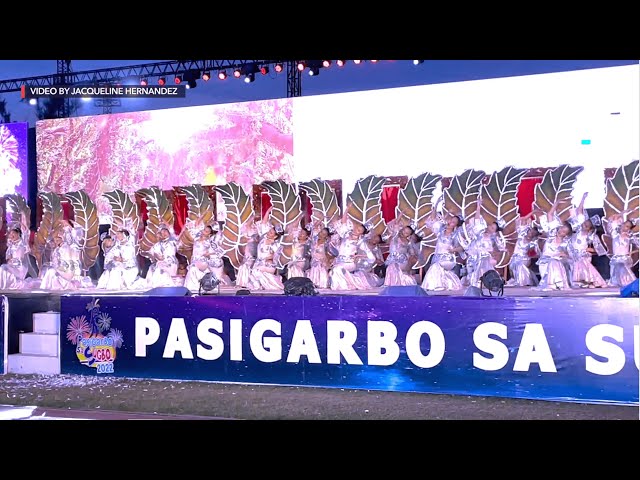 What is ‘Pasigarbo sa Sugbo?’

“Pasigarbo sa Sugbo” (Pride of Cebu) is a Sinulog-like festival that celebrates the founding anniversary of Cebu province.

It was started in 2008 during the second term of Governor Gwen Garcia.

The festival includes a dance and cultural presentation from the province’s 50 cities and municipalities.

The last time the province held the competition in-person was in 2019 before the pandemic.

The contingents are competing for prizes from the Cebu provincial government.

The total amounts have not yet been finalized, but the province has given up to P1.5 million in cash to winning contingents in past competitions.

The towns usually go with the theme of what their locality is known for, such as its different foods, plants or local crafts.

The festival is part of the provincial government’s push to revitalize Cebu’s economy after the COVID-19 pandemic and Typhoon Odette, which Garcia said battered the Cebu’s critical tourism industry.

The parade started on Osmeña Boulevard at around 2 pm, while the grand competition will take place at the Cebu City Sports Complex (Also known as the Abellana Sports Center) at 6 pm.

Aside from the judges’ scores, the audience will also be able to vote online and will count for 20% of the tally.

Check the Sugbo News Facebook page, the news arm of Cebu province’s public information office, for the mechanics on how to vote.  – Rappler.com