CHRISTMAS CHEER. The Compañía Marítima or the Marítima Ruins, a neoclassical heritage building in Cebu City, resembles a huge Christmas present along the South Road Properties on December 14, 2022.

Facebook Twitter Copy URL
Copied
The heritage structure is the subject of a pending legal case between the city government and the Republic of the Philippines, represented by the Cebu Port Authority

CEBU, Philippines – The Regional Trial Court (RTC) Branch 10 in Cebu City has ordered the city government and its representatives to halt construction works at the Compaña Maritima area.

The December 23 court order came a week after the city government “gift-wrapped” the heritage structure on December 17.

“Since it is established that the Republic has a right in esse, the acts of the City of Cebu in using, developing, and converting the subject premises without the consent of the Republic, through its instrumentality, Cebu Port Authority is a clear invasion of right,” the 15-page decision read.

Presiding Judge Soliver Peras directed the Cebu RTC Clerk of Court to issue a writ of preliminary injunction, an order that enjoins or prohibits an entity from doing a certain act.

The Compaña Maritima is the subject of a pending legal case between the city government and the Republic of the Philippines, represented by the Cebu Port Authority (CPA).

The outcome of the case could affect the Carbon Market Redevelopment Project, a joint venture between the city government and Megawide Construction Corporation. The project also faces other legal challenges.

The Solicitor General filed an urgent motion for the issuance of a writ of preliminary injunction on November 15, 2021.

In October 2022, CPA officials objected to the encroachment and intrusion by the city government and its contractors on the premises of Compaña Maritima.

The CPA said Megawide Construction Corporation deputy general manager Lydwana Eco led the company’s employees on October 12 in what they claimed to be “clearing operations.” But the activities included the installation of fences, wirings, and posts at the CPA’s Compania Maritima premises.

Megawide has deferred to the city government for comments on the matter.

In a phone call with reporters, City Legal Officer Eugene Orbita said that the city government will file a motion for reconsideration.

“Filing could be done tomorrow, we will do it but if we cannot finish that, then, the first week of January,” Orbita said.

Orbita refused to disclose the legal basis for their motion and did not answer questions on how the writ could affect the city’s joint venture with Megawide. 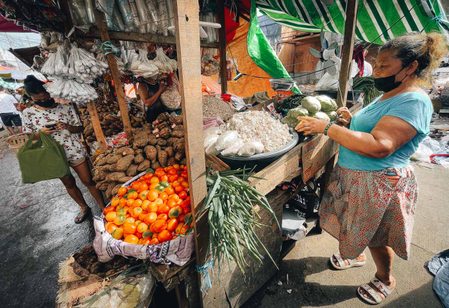