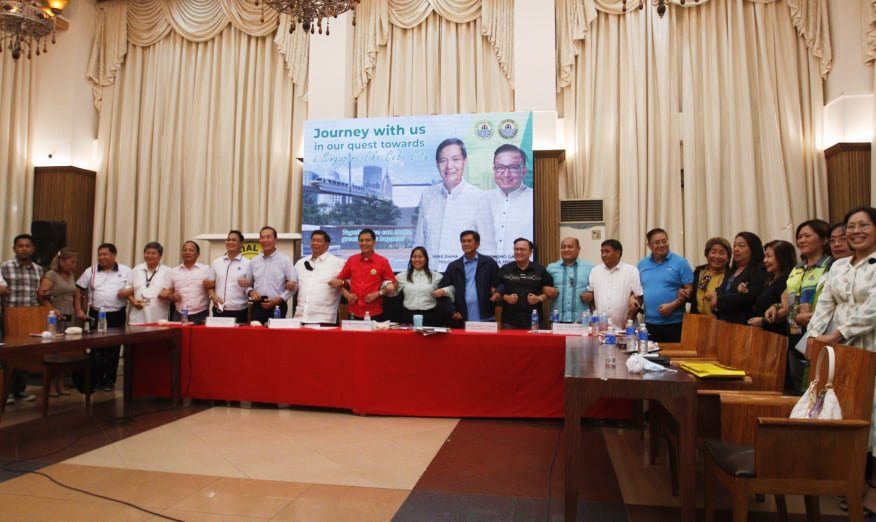 For the past few months, Cebu City Mayor Mike Rama has invited former national government officials to be part of his advisory councils in a bid to achieve a “Singapore-like” Cebu City.

Rama introduced retired PNP chief Debold Sinas as a peace and order adviser in June, and former Environment and Natural Resources secretary Roy Cimatu as an adviser for environmental concerns in August.

“We will do our best, whether we succeed or not is something I cannot guarantee, but the willingness to help will be there,” Drilon said in a press conference on Monday, September 19.

What’s there to know?

Drilon has been in public service for more than 30 years. He was elected Senate President four times since his first stint as a senator in 1995.

Rama said he first met Drilon when the latter was secretary of the Department of Labor and Employment, sometime between 1987 to 1990.

“When he was still the Secretary of Labor, I was with the Aboitiz Group of Companies and there was a case, and that’s why we got to know each other. I was the lawyer for Aboitiz,” Rama said.

While he was in the opposition during the Duterte Administration, Drilon supported the “Build, Build, Build” program which he believed was already being implemented on a similar framework in Iloilo—his hometown.

On April 25, the senator bid farewell to politics by attending the groundbreaking of two transport infrastructure projects that he facilitated in Iloilo.

Singson was appointed to the DPWH in 2010 by then-president Benigno Aquino III.

In 2017, former Department of Justice Secretary Vitaliano Aguirre II accused Singson of allegedly participating in a right-of-way scam during the Aquino administration.

Rama said he knew Singson through his former ally Tomas Osmeña, who was Singson’s classmate in De La Salle University.

Drilon and Singson will assist Rama in major projects, starting with the implementation of flood control solutions and solving easement problems along the city’s major waterways.

Rama has already tasked Cimatu to lead the local government in addressing the city’s flooding problems.

“In our first meeting with Mayor Mike, I told him to kindly adopt an Integrated Water Resources and Coastal Management Program (IWRCMP) for the city,” Singson said

According to Singson, the city can no longer just depend on deep well water for its water supply.

“We’ve been blessed with a lot of rainfall and yet it causes damage rather than us utilizing it. That is what I mean with integrated water resources management—utilize surface water,” Singson said.

Singson also suggested a “deed of restrictions” for landowners that would prevent the construction of establishments near rivers and waterways.

Drilon, on the other hand, urged the local government to find resettlement areas for 16,000 informal settlers who are affected by the clearing operations along the three-meter easements.

“That is a big social problem and I’m confident that with the leadership of Mayor Rama, he will be able to address it immediately,” he said. –Rappler.com