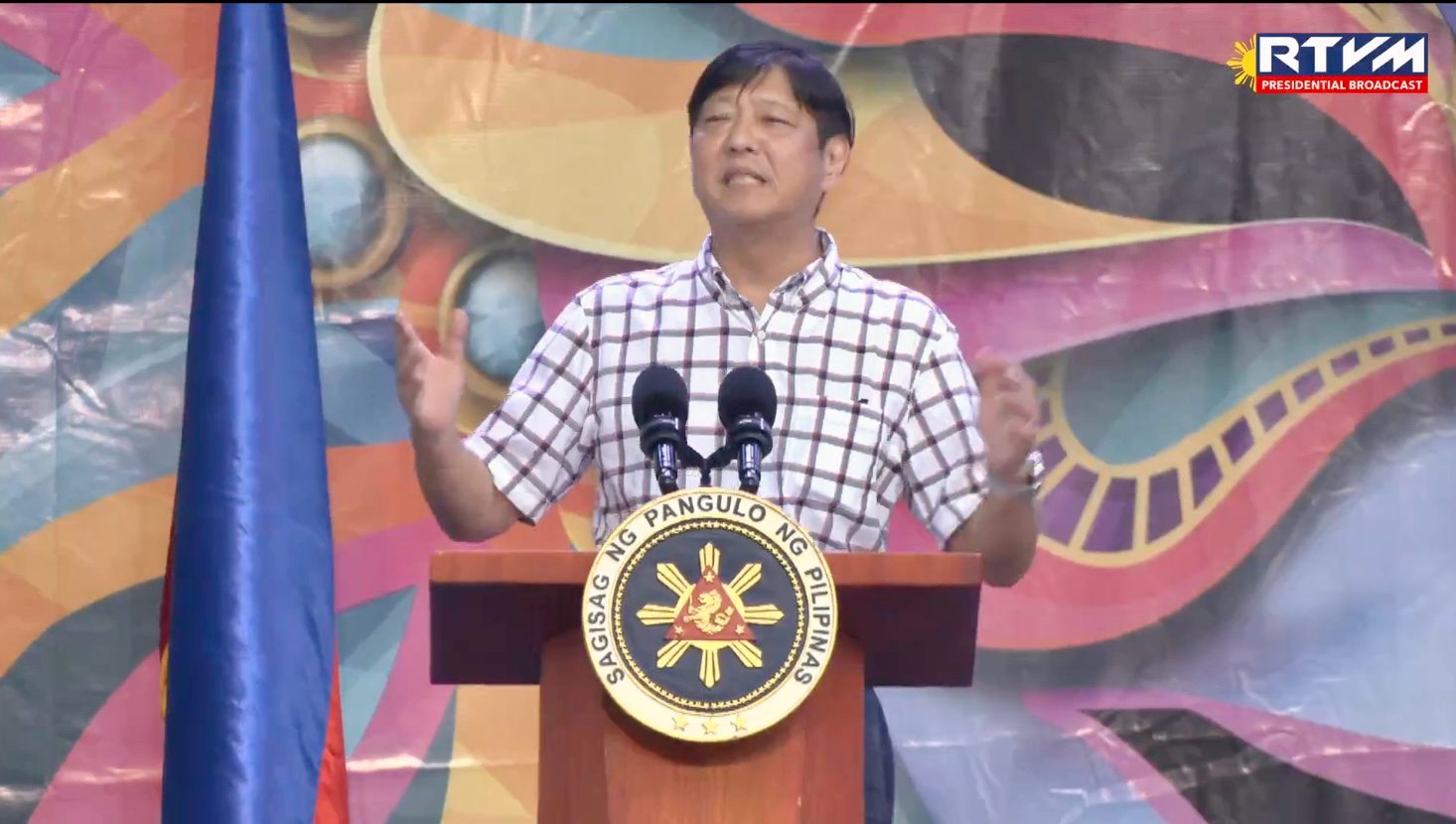 MAJOR OMISSION. President Ferdinand Marcos Jr.'s speech at the closing of the 2022 MassKara Festival leaves out the plunder by his late father and cronies that led to mass starvation in Negros Occidental in the 1980s.

Facebook Twitter Copy URL
Copied
President Ferdinand Marcos Jr. is silent on the plunder by his dictator father and cronies, which cost the sugar industry $1.15 billion and led to mass starvation among 190,000 workers and an estimated 1 million dependents

BACOLOD, Philippines – Bacolod City Mayor Albee Benitez just gave President Ferdinand Marcos Jr. the opportunity to officially bury the roots of the sugar industry crisis in the 1980s that led to the launch of the MassKara Festival.

Marcos’ short speech as guest of honor of the MassKara 2022 closing rites on Sunday, October 23, was marked by a major omission on the origins of the world-famous festival.

The President ignored the plunder by his dictator father and cronies, which cost the sugar industry $1.15 billion from 1975 to 1984, and led to mass starvation among 190,000 workers and an estimated 1 million dependents.

Marcos spoke before an array of politicians that included Benitez, the son of Imelda Marcos’ human settlements minister, who has also ignored the historical realities of MassKara.

Also in the crowd were politician descendants of the dictator’s friends and cronies, like Roberto Benedicto, who controlled the sugar trading monopolies funds that were also funneled to the dictator.

Here are facts that the President and Benitez ignored, from documents collated by the late Bacolod lawyer Andy Hagad, and portions of pleadings of producers that sought to be compensated for their losses.

The crony defendants, Hilado said, “obtained absolute and effective control of the sugar industry by compulsorily appropriating all the sugar produced in the Philippines during the crop years 1979-1980 up to 1984-1985 selling and/or trading the same upon such terms and conditions fixed without the knowledge, consent or participation of the sugar planters, and paying the latter only such prices as defendants unilaterally and arbitrarily determined.”

The drop in world sugar prices is a historical fact. But Hagad’s body of research noted that the price of sugar in the world market rose to a high of $0.41 cents a pound in 1980.

Local producers did not benefit because “Philsucom/Nasutra entered into 4-year contracts with favored foreign buyers to sell Philippine export sugar at only $0.22 cents a pound.”

The state monopoly claimed the deal would guarantee sugar producers of stable prices for their sugar.

But when the world market price of sugar collapsed in 1981 to a low of $0.06 cents a pound, Philsucom/Nasutra refrained from shipping approximately 657,767 metric tons (MT) to these contract buyers.

Instead, these government agencies worked against the interests of Filipinos by allowing the contract buyers to divert approximately 547,436 MT of Philippine sugar to the US market, and charged these to the Philippine quota – ignoring stocks set aside for this purpose. The monopoly’s trader friends benefitted at the expense of local producers.

The cronies and their agencies also engaged in “double-invoicing” – fudging financial records to avoid paying producers their rightful due. In one instance, $106.85 million was reported as only $67.5 million, a difference of $39.3 million.

The corruption was matched by some of the most repressive tactics the dictatorship could unleash against restless sugar workers and their advocates in the religious, law, and professional sectors, with several massacres recorded in Negros Occidental.

Marcos, who still calls his father’s rule “a golden age,” said the 2022 MassKara is the “most successful” in the history of the festival.

He ended his speech by saying that “MassKara has served its purpose doubly well, especially in 2022, as we watch Bacolod, the whole of Western Visayas, the rest of Philippines reemerge into the sun.”

He could have said the same of the tainted legacy of his father’s rule, which had just been laundered into sweetness and light amid a riot of festivities. – Rappler.com