CLOSURE NOTICE. Sanitation teams post a closure notice on the wall of a water-refilling station in Iloilo city on Friday, September 2, for lacking proper business and health documents

The mayor released the EO after deaths due to gastroenteritis rose to eight from four on August 28.

Treñas said the local government had procured static tanks in areas where it ordered deep wells closed because of the presence of coliform and E. coli.

While communities waited for the tanks, the city provided bottled water to ensure safe drinking water.

It also sent teams to check if all stations, including those outside outbreak areas, had complied with city business and health regulations.

The city health office (CHO) said 39 of 55 deep wells tested were found positive for E. coli and coliform. Fifteen others have coliform bacteria.

The city also found four water refilling stations positive for E. coli and coliform, while 14 others showed the presence of coliform bacteria.

CHO officer in charge Annabelle Tang said the presence of coliform and E. coli could be linked to an outbreak of acute gastroenteritis (AGE).

More than 50 patients with AGE remain in hospitals, the CHO said.

Children from one to 10 years old comprise most of the ill, with 102 cases. 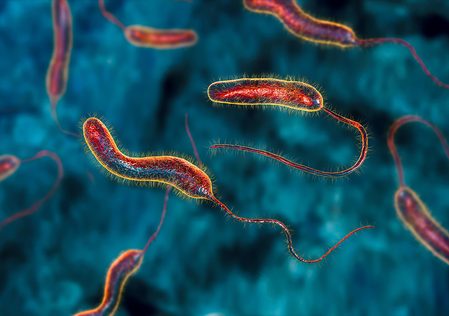 The city proper district has the most number of cases, followed by Jaro with 26; Aevalo and Mandurriao, 20 each; Lapuz, 12; and La Paz, 11.

The city could not give the figure of affected families in communities that have contaminated water sources, but said it would be in the thousands.

The CHO said they would conduct confirmatory tests on contaminated refilling stations before allowing resumption of operations.

Disinfection may extend to other areas that do not yet have AGE, though priority are those in areas with outbreaks.

The mayor in a video statement urged residents to cooperate with health officials and follow protocols.