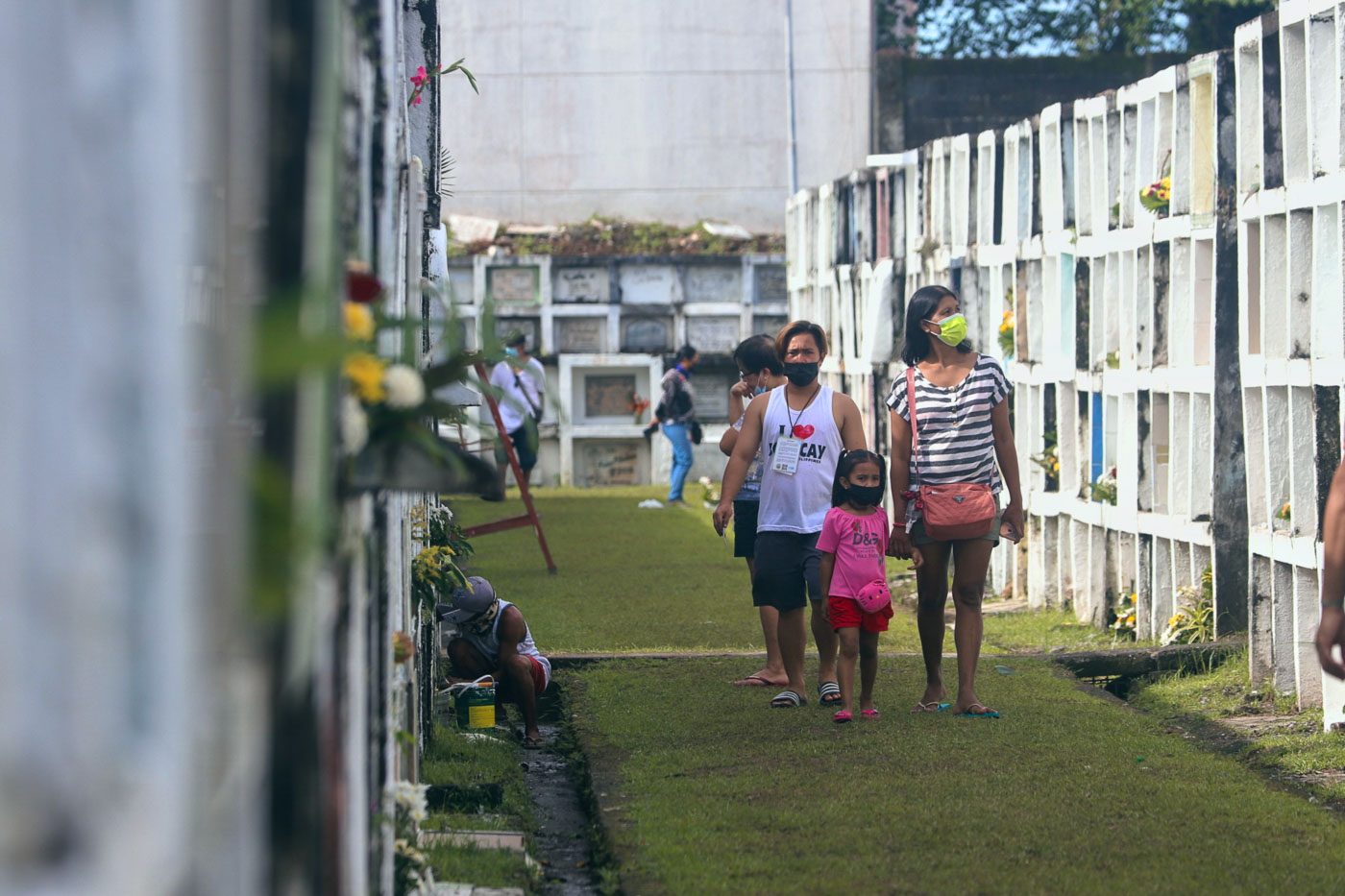 FACE MASKS REQUIRED. Ilonggos are required to wear face masks during Undas 2022 when they visit cemeteries, like this family at the Jaro Cemetery in October 2021.

ILOILO CITY, Philippines – Only fully or partially vaccinated individuals will be allowed into Iloilo City cemeteries, memorial parks and columbaria from October 31 to November 2, the days Filipinos celebrate All Souls’ Day and All Saints’ Day.

Beginning 12 am of October 31 until 11:59 pm of November 2, city teams will be stationed at the entrances of cemeteries and similar spaces to check the vaccination cards of visitors, who also need to present a matching identification card with photograph. Minors are covered by the same requirements and also need to be accompanied by an adult.

While the national government has handed down an optional face-mask wearing policy, Treñas ordered the public to wear face masks inside cemeteries, where Undas crowds traditionally swell to several thousands of people.

The EO bans vehicles, liquors, flammable material, firearms and other deadly weapons, videoke machines or speakers, playing cards and other gambling paraphernalia. No overnight visits will be allowed.

The city designated the following areas for the sale of flowers: Rizal and Osmena streets in the Arevalo district; M.H. del Pilar St. in Molo; Onate St. alongside the Mandurriao public market; Iznart, Aldeguer and Rizal streets in Iloilo City proper; and E. Lopez until Luna streets around the Jaro public plaza.

All vendors need to display an anti-smoking sign from the city government, and must strictly enforce the no drugs, no smoking, no drinking of alcohol rules. They also need to wear face masks at all times and ensure physical distancing in their areas of trade. – Rappler.com