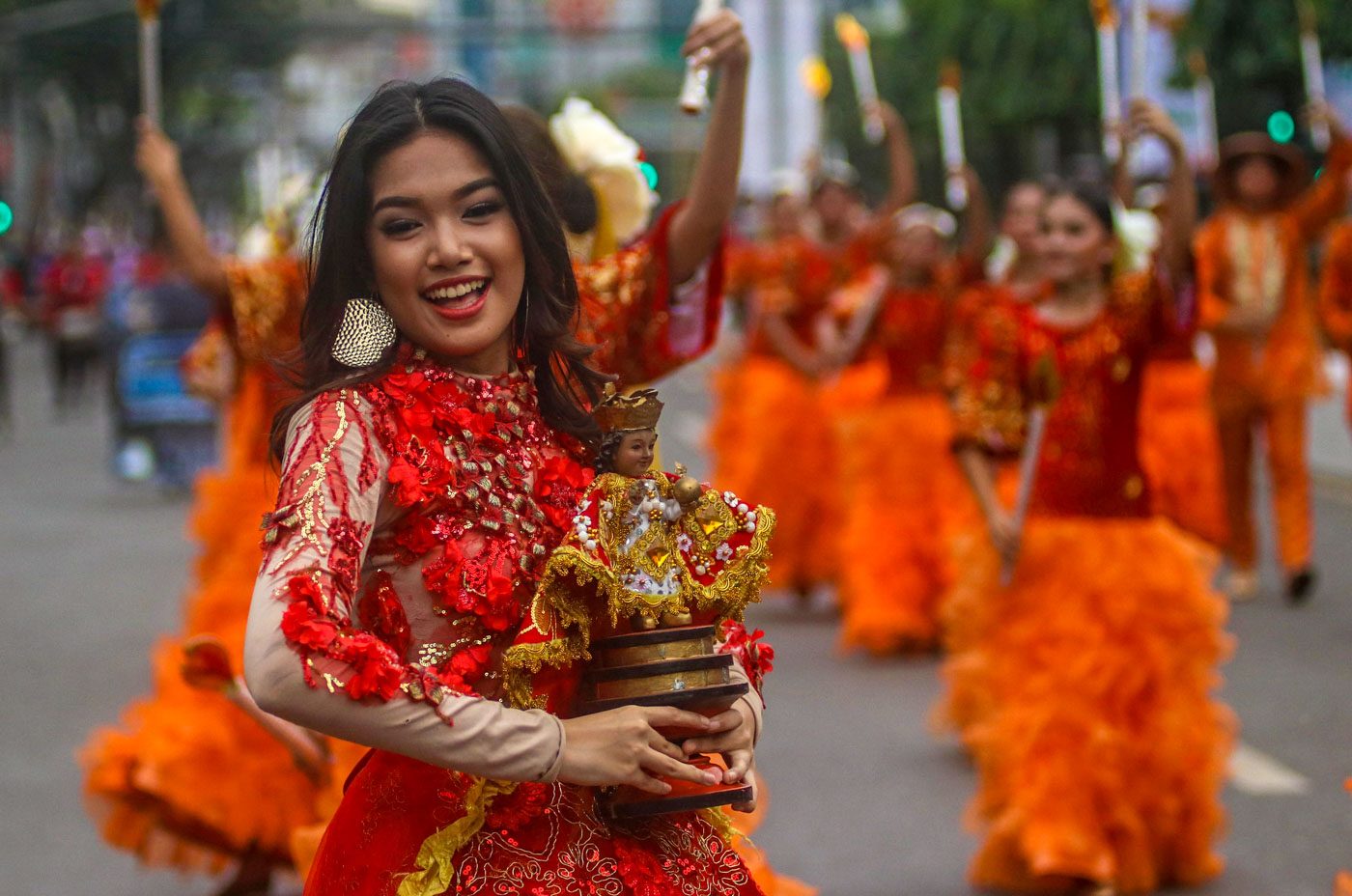 Stock photo of a Sinulog parade in Cebu City.

To prevent the spread of the coronavirus disease, church leaders and the Cebu City Government agreed to hold a “simpler” Sinulog 2021.

The Sinulog is among the defining annual festivals in the country, celebrated in Cebu City during the third week of January. Apart from religious traditions, the festival is also marked by a high influx of local and foreign tourists, street parties and the Mardi Gras-like parade on the actual festival date.

Hotels and other stay-in accommodations in the city and neighboring local government units in Metro Cebu usually reach maximum booking capacity months ahead of the festival.

(Us in government are standing behind this because this is going to be a drastic measure because ever Sinulog, we’re accustomed to an influx of people not only from within but also some foreign countries. But because of the pandemic, our first priority is the health and lives of our people which is why we are supportive of the church’s stand.)

“There will be no alternative mobility in the city such as motorcades as a substitute for the aforementioned religious activities,” the advisory read.

According to police estimates, about 2 million people participated in the street parade alone during Sinulog 2020.

In lieu of the Sinulog, the advisory said these activities would be held in April 2021, during the celebration of 500 years since the arrival of the first image of the blessed child in Cebu island.

Along with the advisory, the Basilica also announced that the first day of the 12-day novena before Sinulog would be on January 8.

As of Monday, the Department of Health- Central Visayas reported that Cebu City had a total of 159 cases of the coronavirus disease out of its 10,308 cases. It tallied 5 new cases on the same day. Recoveries increase to 9,469, with 14 new registered . The number of COVID-19 deaths remained at 680. – Rappler.com