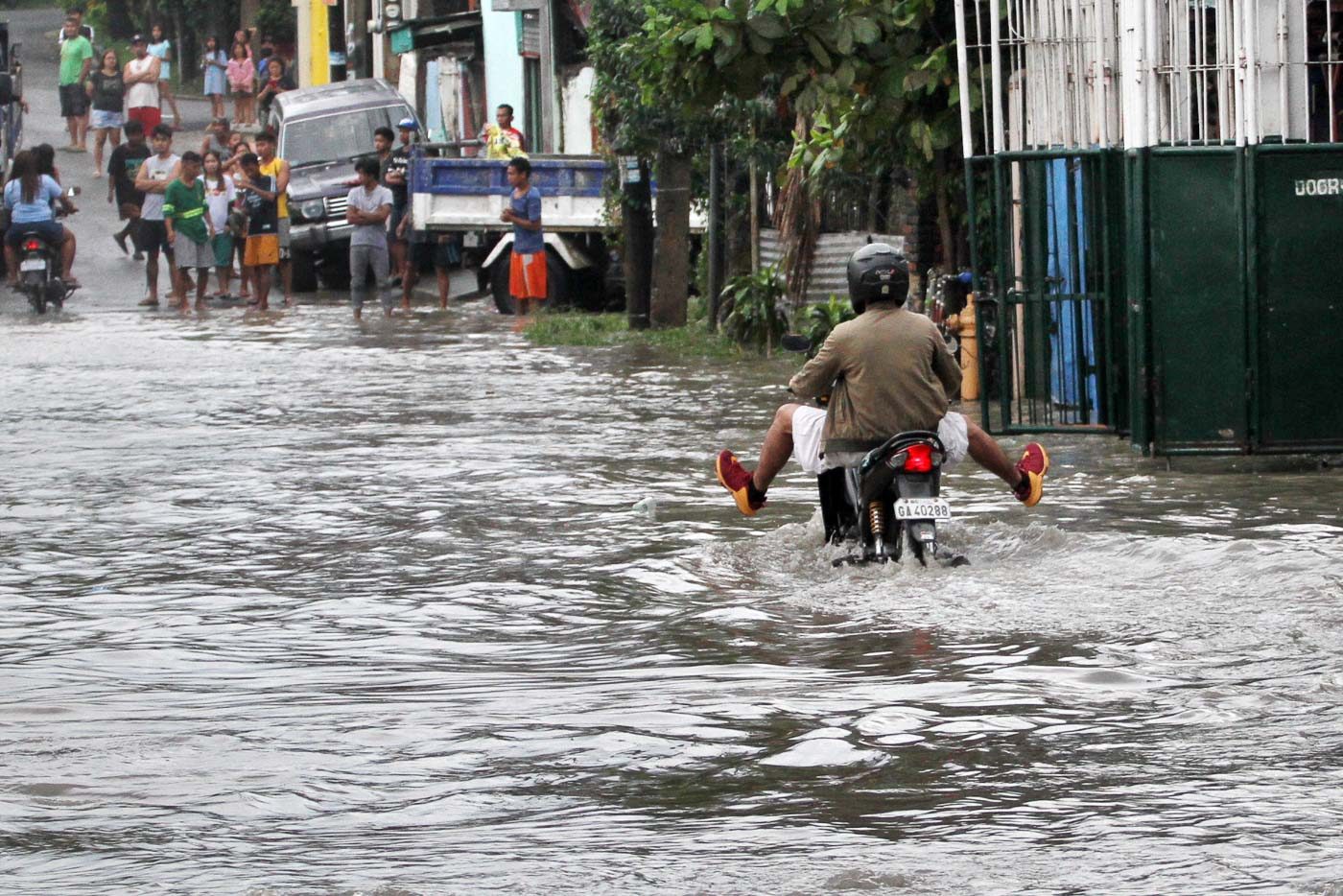 FLOOD. Residents and motorists wade through floods in Tisa, Cebu City during a flood on July 6, 2022

Facebook Twitter Copy URL
Copied
The hope is that President Marcos, who bagged a historic win here in the May 2022 elections, will push for faster disbursement of funds for urgent flood-control needs

CEBU, Philippines – Lack of funding support from the national government delayed implementation of flood control projects for Metro Cebu, the author of a resolution “requesting the expeditious completion of flood control and drainage projects” said on Tuesday, September 27.

Cebu 6th District Board Member Glenn Soco said in a media forum the province has asked the Department of Public Works and Highways (DPWH) to prioritize flood control projects that go way back to 2017.

The provincial board passed the resolution on September 20. This was soon after Mandaue City declared a state of calamity on September 12, following the overflow of the Butuanon River that flooded 20 barangays on September 9.

Then-DPWH Secretary Mark Villar met with local officials after a series of floods and drainage problems were experienced in multiple parts of Metro Cebu in 2016, according to Soco.

“We found out that there was already an ongoing master plan that was being conducted by JICA and we were all in agreement that we would pursue that plan,” the local legislator said.

DPWH -VII (Central Visayas) Regional Director Ernesto Gregorio, Jr. on September 5 told the provincial board  the project commenced in 2018 with a budget of P44 billion and an implementation period of 10 years.

Four years later, the DPWH has released only P1.8 billion of the needed funds, Soco pointed out.

“We asked what was the problem and they told us that there was a lack of funding from the national government,” he said.

The hope is that Marcos, who credited Governor Gwen Garcia and her One Cebu party for his historic win here in the May 2022 elections, will nudge faster disbursement of funds for urgent flood-control needs.

A few days after his city experienced floods, Mandaue Mayor Jonas Cortes called a roundtable to lay down the most urgent flood control requirements.

For the independent city, an estimated total of P2 billion has been downloaded out of P8 billion intended for its flood control and drainage projects.

Based on data from DENR, there’s an ongoing river improvement project at the Subangdaku River and the Tipolo River, worth P898 million and P1.2 billion, respectively.

But other cities and towns, including Cebu City, also experience periodic flooding. In July 2022, 20 barangays of the premier city were underwater after days of heavy rains.

Metro Cebu and the province are in the best possible position to swiftly move into the integrated flood control program.

Aside from the President’s gratitude, Garcia and Cebu City Mayor Mike Rama belong to the same block and vowed during the campaign period to push common policies.

One Cebu is the province’s most influential party, present in all 50 cities and municipalities of Cebu province.