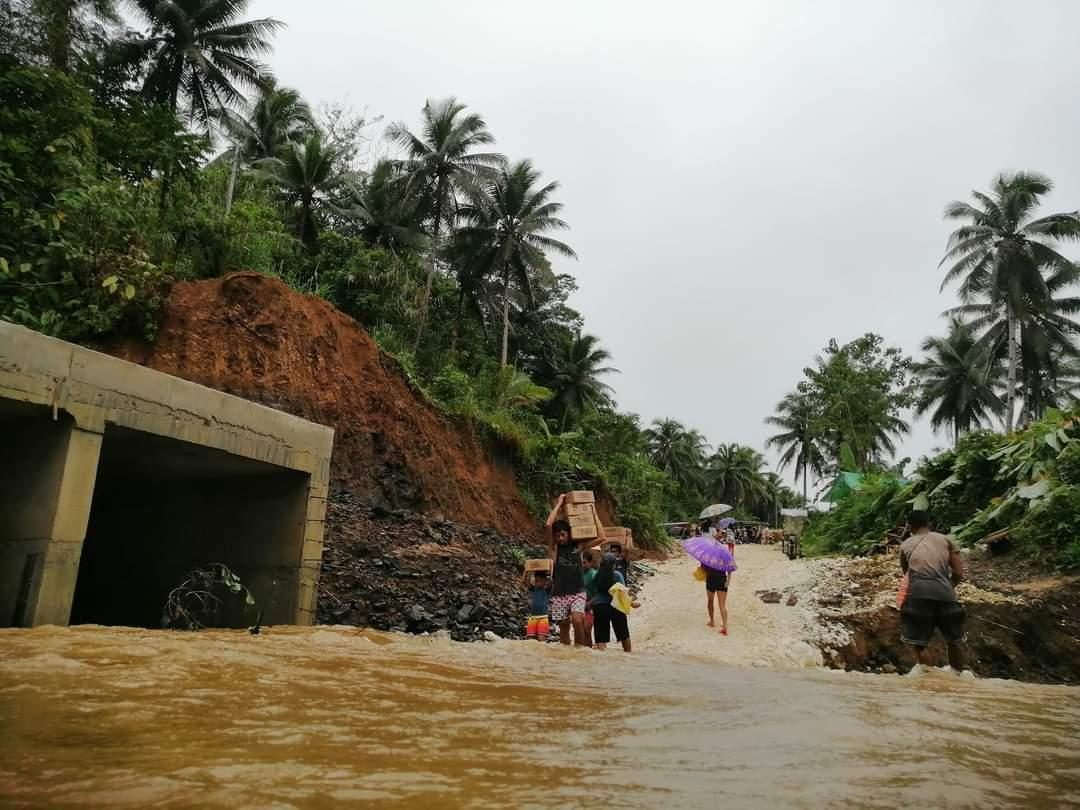 AID. Family food packs from the Department of Social Welfare and Development -Eastern Visayas arrive in Matuguinao, Samar on January 13.

Samar province on January 17 joined Northern Samar and Eastern Samar, which had earlier approved resolutions declaring a state of calamity.

The Samar state of calamity resolution said flooding had affected 214,160 individuals in 256 barangays, or 27% of the province’s population.

The provincial agriculture office said more than half of 13,119 hectares of farmlands were damaged, with losses amounting to P214.2 million.

The Sangguniang Panlalawigan of Northern Samar, in a special session, declared the province under state of calamity on Monday, January 16 on the request of the disaster council chaired by Gov. Edwin Onghuan.

Eastern Samar declared a state of calamity on January 13.

Officials said that with the declaration of a state of calamity, local government units can use their calamity funds to distribute aid to constituents and control the prices of basic commodities.

The latest floods in Eastern Visayas were due to heavy rain from a shear line and low pressure area, a repeat of conditions in the region during the Christmas season.

The RDRRMC said two persons were killed in floods and 778,422 individuals temporarily displaced, including in Leyte and Southern Leyte.

In Northern Samar, PDRRM Officer Rei Josiah reported that at least 238,322 individuals or 55,789 families were heavily affected by the calamity.

Six municipalities – Catubig, Las Navas, Catarman, Laoang, Mondragon and Lope de Vega – had the most number of affected individuals. Officials of Catubig had earlier placed the town under a state of calamity.

The Northern Samar Provincial Engineering Office estimated P260 million worth of damage to the province’s infrastructure, with an additional P160-million damage to national infrastructure.

“Almost half of the LGUs in the province are reporting devastation to their rice areas, which have just been planted this cropping season,” said the office report to the PDRRMC.

Earlier, Eastern Samar Governor Ben Evardone appealed for aid in the form of palay seedlings, as rain had destroyed almost all the province’s crops. As of January 16, relief operations in the province were in full swing with an easing of rain and floods subsiding.