Roxas City’s probe on the collapse of a portion of the Paseo del Rio on Saturday, November 12, will focus on weather-proofing the new river promenade, aside from reviewing the structural weaknesses of Phase 3 of the city’s riverside promenade.

But the collapse of a 200-meter stretch of it has also resulted in residents urging Mayor Ronnie Dadivas to include Phases 1 and 2 in the investigation to preempt any other incidents. 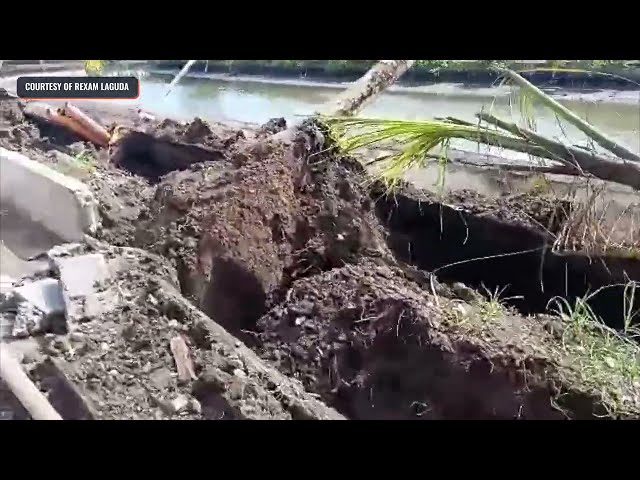 Dadivas on November 13 said the city engineer’s office has started investigating the collapse, which happened past midnight. He also said an independent committee will check on the safety and structural integrity of the promenade’s Phase 3 project before any future turnover.

The city government has only paid the contractor, local firm MBM Construction, P4.34 million of the total contract price of P14.1 million, or 30.78%, according to Dadivas.

No official gave a deadline for the probe.

A source from the city engineer’s office, who asked not to be named as he was not authorized to speak, said the probe would also see if the promenade construction blueprint included safeguards against the frequent floods experienced yearly by Capiz province’s capital.

“We will be checking the foundations, the pilings, the pipes, and connections to existing river structures,” said the engineer in a telephone interview. “We’ll need to ensure this is weather-proof because it will be used daily by residents,” he added in a mix of Filipino and English.

The collapse also damaged the river control and part of the Barangay 6 drainage outfall, the source added.

“If a new storm or heavy rains come, that could give us big problems,” he said.

Several local engineers weighed in on social media conversations about the collapse.

“When we’re talking river development, you need very solid foundations, solid steel pilings,” one engineer said “You can’t just pile on, or just add to existing structures because when storms, especially with high tide, could wash that out.”

Capiz province, including Roxas City, suffered the most floods in Western Visayas when Severe Tropical Storm Paeng hit just before the Undas holidays. Even before the region received wind signals, days of heavy rains had already flooded many areas.

On October 29,  Dadivas showed photos of how an overflowing Panay River made major roads impassable.

Many residents who commented during Bombo Radyo Roxas City’s series of broadcasts on the incident questioned why a relatively new structure collapsed.

They also called on the mayor to check the bustling first phases, which host regular activities near Casa de Mercado, the refurbished city market.

Dadivas, now on his second term of office, announced the Paseo del Rio project in November 2020. He opened the first phases of the 711-2-meter promenade along the Panay River, on February 11, 2022.

In September, Dadivas showed photos of his inspection of the project, saying he was excited to have it completed soon.

The promenade, built on a former dumpsite on the banks of the river, begins at San Roque Bridge (TATC) towards Altavas Street towards the portion of Washington Street until Juliano Alba Bridge (Jumbo) and Premier de Mayo Street.