How Eastern Samar town averted a disaster in January 4 landslide 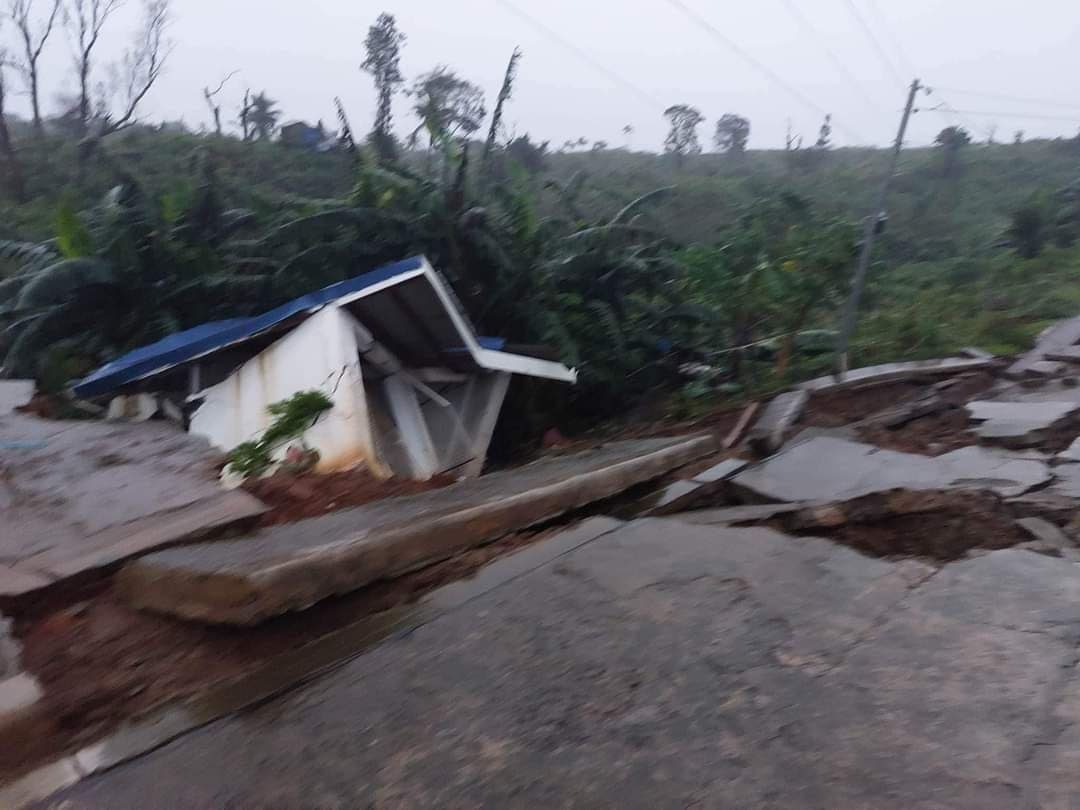 TACLOBAN, Philippines – When some residents of Salcedo Ville in Barangay Tagbacan, Salcedo town reported cracks on the corners of their units on Tuesday, January 3, village officials acted fast.

The villagers did not know the cause of the cracks. But disaster officials had a suspicion.

The province of Eastern Samar had been waterlogged since Christmas of 2022, when a shear line, the northeast monsoon, and a new low pressure area brought successive weeks of rain.

Salcedo Mayor Rochelle Mergal told Rappler on Friday, January 6, that the MDRRMO immediately acted to evacuate around 50 families whose homes nestled around the hilltop’s corner ledge.

Portions of the access road showed signs of erosion when the evacuation took place.

Early the next day, almost the whole width of a stretch of the access road, right up to the edges of residential units, and a material recovery facility crumbled and topped over the cliff.

Around 20 households are now temporarily housed in empty units in other areas of the subdivision away from the danger zone, the mayor told Rappler.

The sprawling community has its own evacuation center, although it remains empty.

Other families have returned to their units but are on alert for results of daily monitoring of the vicinity, she added.

“As per assessment of our municipal engineers, the entrance of the subdivision is safe and that includes the evacuation center of Salcedo,” said Mergal. “Our evacuation centers are open and ready to accept evacuees, but they can choose where they feel comfortable.”

Salcedo Ville is a housing project built by SM Development Corporation and funded by SM Care Foundation with partners Couples for Christ, Answer for Cry of the Poor (ANCOP) and the local government of Salcedo.

All of its beneficiaries are members of Couples for Christ and some are survivors of Super Typhoon Yolanda (Haiyan) who lost homes and could not return to original communities deemed as hazard zones.

Three hundred units of Salcedo Ville were turned over in December 2020 and 200 of these are occupied, Mergal told Rappler.

It’s a relatively new build to have such huge damage.

There was no slope protection in that portion of the subdivision.

Merghal said it is not safe for the evacuees to go back to the danger zone or high risk areas.

“Hindi ko sila papayagan na bumalik until hindi pa na aayos at nalalagyan ito ng slope protection,” she said. (I won’t allow them to return until repairs have been undertaken and the area gets slope protection.)

Mergal is appealing for help to the provincial government of Eastern Samar.

She said the LGU initially sent food packs to 57 households, good for a few days.

On Monday, January 9, representatives of the SM Foundation will visit the site to assess the damage, she added. 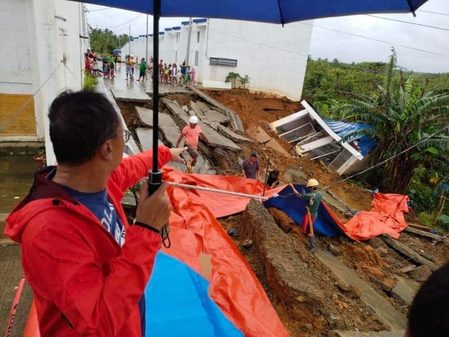