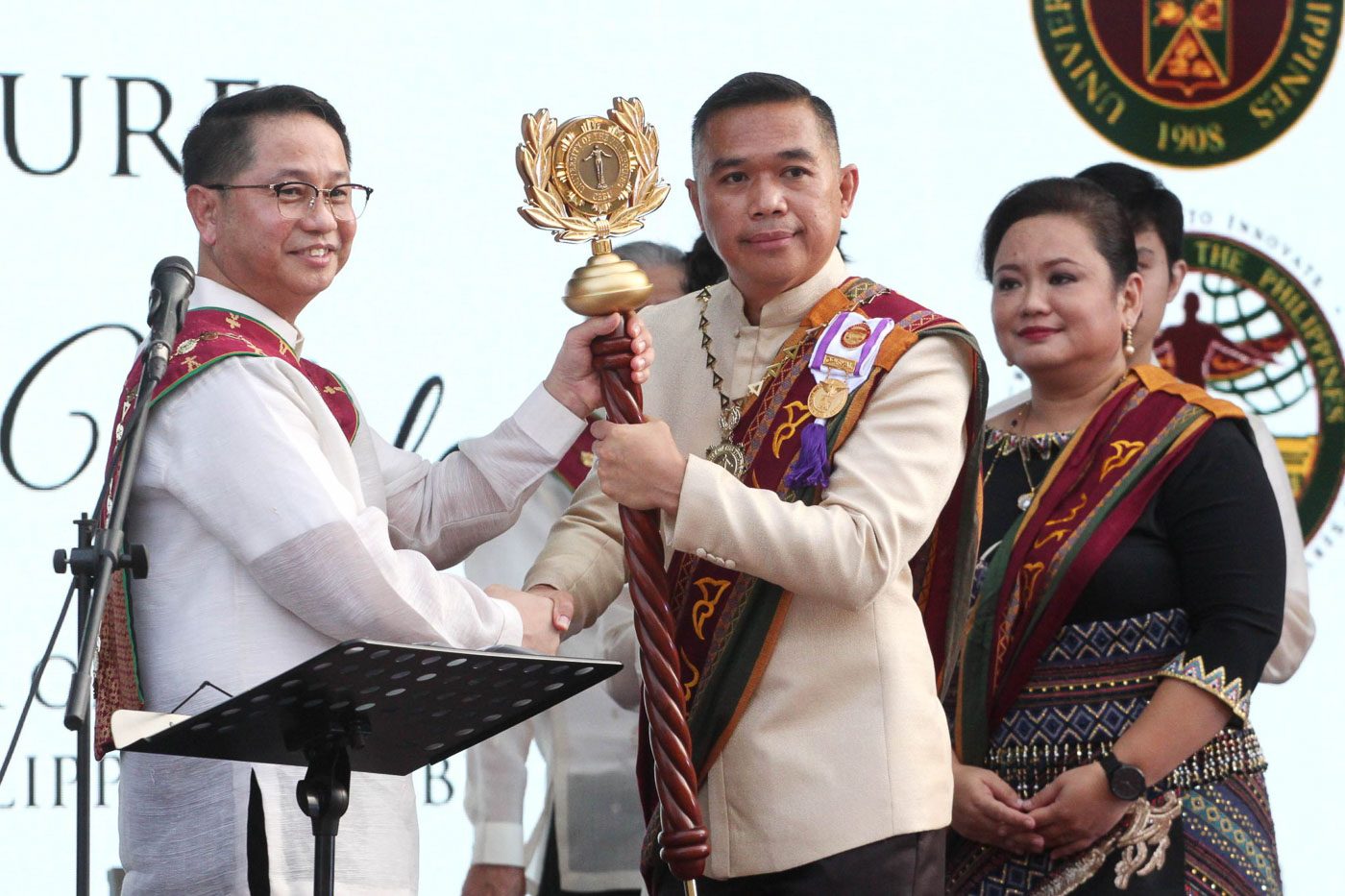 UP CEBU. Malagar took his oath of office as the newest chancellor on June 16.

CEBU, Philippines – The University of the Philippines – Cebu (UPC) formally welcomed on Friday, October 14, Leo Malagar as its second chancellor.

The new chancellor succeeded Liza Corro, UP Cebu’s first Chancellor from 2016 to 2021. The investiture ceremony for Malagar was held at the UP Cebu grounds in Barangay Lahug, Cebu City.

Malagar is a native of Lilo-an town in northern Cebu and a political science graduate of UPC.

While studying for his law degree at the UP College of Law in Diliman, he was a member of the Board of Regents in the UP System. He was also appointed as the UP Student Regent.

On June 16, Malagar took his oath as the new chancellor in front of the University of the Philippines President’s Advisory Council (UP PAC) at UP Baguio.

In September, the chancellor’s wife, Manila Regional Trial Court (RTC) Branch 19 presiding judge Marlo Magdoza-Malagar dismissed a petition from the Department of Justice (DOJ) which sought to declare the Communist Party of the Philippines-New People’s Army (CPP-NPA) as terrorists.

Soon after, former anti-insurgency spokesperson Lorraine Badoy launched a “verbal assault” against the judge for her decision. Badoy has since deleted that Facebook post. This was followed by another deleted post that tagged the chancellor as a member of the communist party.

On September 28, the UP PAC issued a statement, saying that “Badoy has overstepped the bounds of human decency with her rabid and reckless assaults”.

On September 28, the University of the Philippines President’s Advisory Council released a statement following threats lodged against the Malagars. | via @TheJohnSitchon

On October 4, lawyers from the Philippine Bar Association filed a petition with the Supreme Court to hold Badoy in contempt for her threats against Judge Malagar.

Malagar told Rappler that they are waiting for a decision from the Supreme Court before they can give any statement on the matter.

In the meantime, the chancellor said his vision was for the university—to institutionalize a culture of compassion.

“To be a truly relevant national university in the service of our people, we must inculcate and instill in ourselves the values of compassion and genuine concern for the welfare of others by providing various forms of community, public, and volunteer service, as well as scholarly and technical assistance to the government, private sector, and society,” he said during a press conference.