Voices from the Regions: People Power beyond Manila 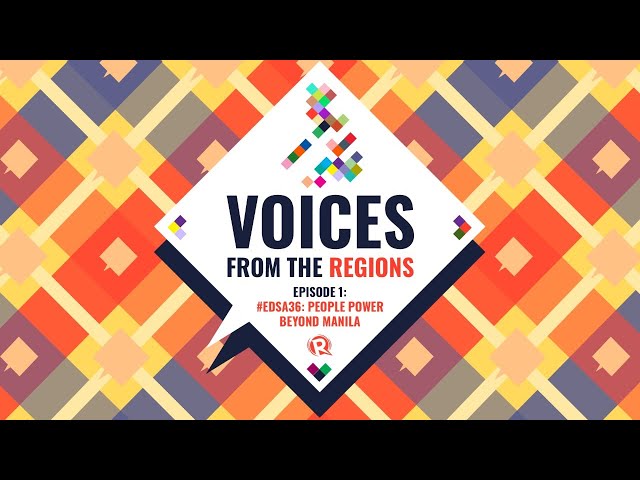 CEBU, Philippines – People Power didn’t just take place on EDSA. As the Philippines commemorates 36 years since the first EDSA People Power Revolution, we take a look back at the pivotal role people in regions outside of the capital played in toppling the 20-year dictatorship of Ferdinand Marcos.

But as the Philippines marks its 36th anniversary of the uprising that became a model for peaceful revolution across the world, we also look back at what went wrong, and discuss the dangers we face today, and the role mass movements in the provinces play to ensure the country does not slip back into authoritarianism.

Watch the first Episode of Rappler Talk Voices from the Regions at 7 pm on Friday, February 25. – Rappler.com