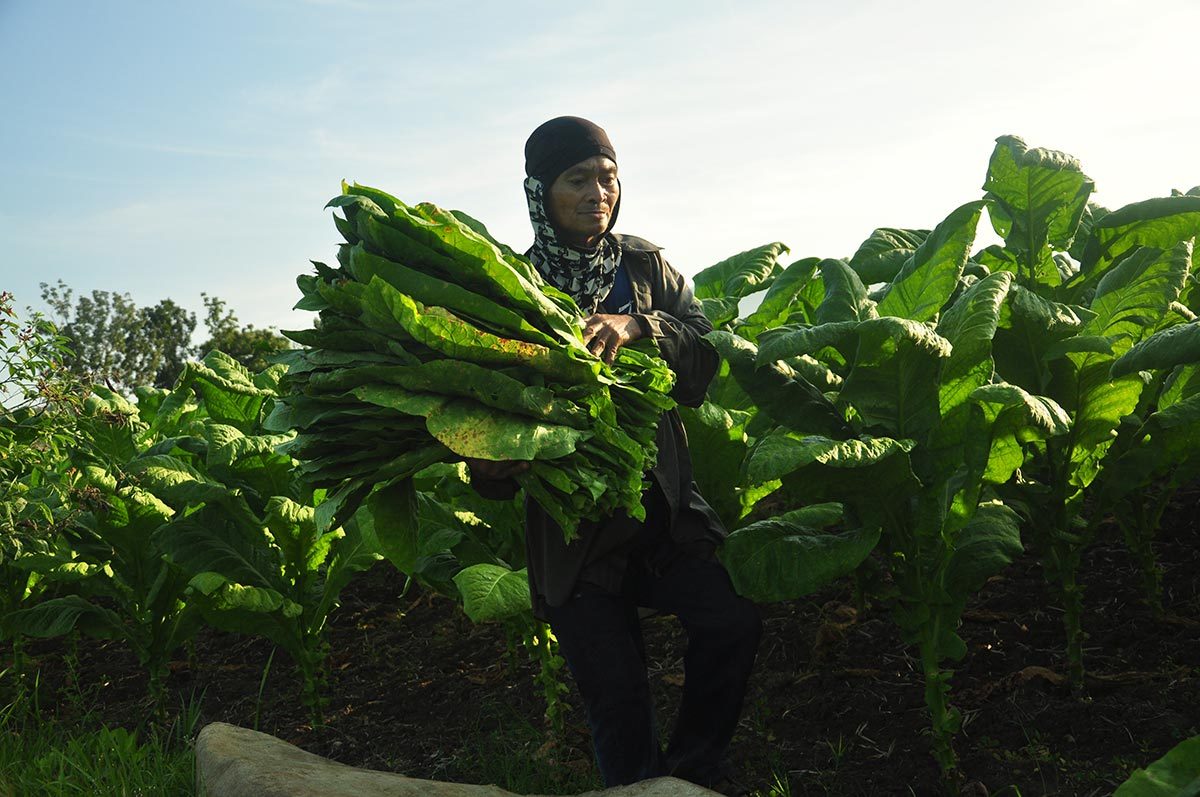 WAGE HIKE. Tobacco agriculture workers in the Ilocos Region will receive wage hikes starting June 6, following approval by the regional wage board of increases in pay for all workers, including those in non-agriculture and domestic sectors.

LAOAG CITY, Philippines – Private sector minimum wage earners in the Ilocos Region will get a bump in pay rates starting June 6, when they receive the first tranche of the recently approved wage order, the regional Department of Labor and Employment (DOLE) said.

DOLE Ilocos Region director Evelyn Ramos said the pay increase would not be given abruptly as businesses, particularly those with nine or less employees, would be burdened.

“Hindi isang bagsakan immediately kasi masyadong mabigat (It won’t be given in full immediately because it would be to much of a burden) that’s why the [Regional Tripartite Wages and Productivity] Board approved that this will be given in tranches,” Ramos said.

Under Wage Order RB1-21, non-agricultural and agricultural private employees will receive a pay hike ranging from P60 to P90, given in three installments. The first increase will be upon effectivity of the order while the second and third tranches will be given in December 2022 and March 2023, respectively.

Once the three tranches are released, the regional daily minimum wage rate would then range from P372 to 400, compared to the current P282 to P340.

The Ilocos wage board also granted P500 and P1,500 monthly wage increases for domestic workers in cities and municipalities, respectively, bringing the new monthly wage rate to a uniform P5,000 regardless of place of employment.

“It is the position of the Board that this is really a fair increase because it is above the poverty threshold. This is an increase that is fair to everyone, both labor and the management,” said Ramos.

However, she added that nothing prevents management and labor to come up and agree on pay rates higher than the newly approved wage increases.

DOLE said the regional wage board considered different economic factors to come up with the pay hike.

Business owners in the region aired concerns that they might “shut down or may be forced to go on mass retrenchment of employees” due to the wage orders.

Ramos said that business owners can apply for exemption from implementing the wage order if they can submit documents showing “an accumulated net loss amounting to 20% or more” due to the COVID-19 pandemic.

Businesses covered by the Barangay Micro Business Enterprises Act or Republic Act No. 9178 could also be exempted from complying with minimum wage rates, she added.

Business owners can apply for exemption within 75 days after June 6, Ramos said.

The DOLE official noted that the prevailing minimum wage rates in the region were no longer at par with economic developments in the past three years. She urged employees to immediately report to the DOLE if their employers refuse to comply with the wage orders, adding that there would be sanctions. – Rappler.com

John Michael Mugas is a Luzon-based reporter and an awardee of the Aries Rufo Journalism Fellowship.