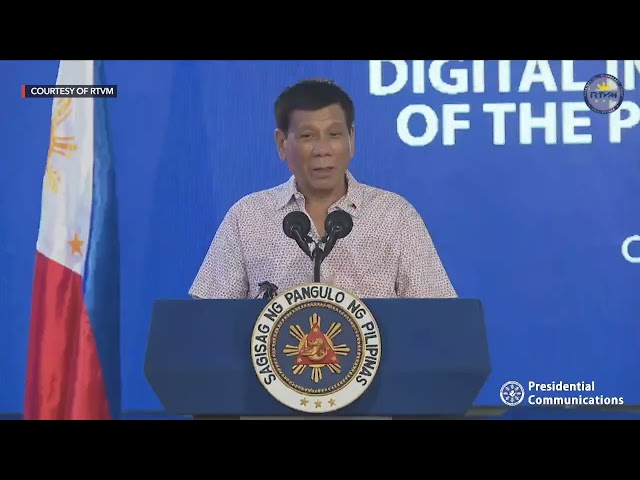 Facebook Twitter Copy URL
Copied
At the tail end of his term, there's no let-up in President Duterte's sexist remarks

MANILA, Philippines – With little over a month left in his term, President Rodrigo Duterte joked on Thursday, May 19, that all his job entails now is to “look at pretty women.”

He made these remarks before government employees and officials at the launch of the digitization of the Philippine Postal Corporation at the Manila Post Office. Throughout his presidency, Duterte had been notorious for making misogynist comments and even rape jokes. Women’s rights groups have criticized him for contributing to the normalization of such behavior.

Watch the clip from his speech here. – Rappler.com