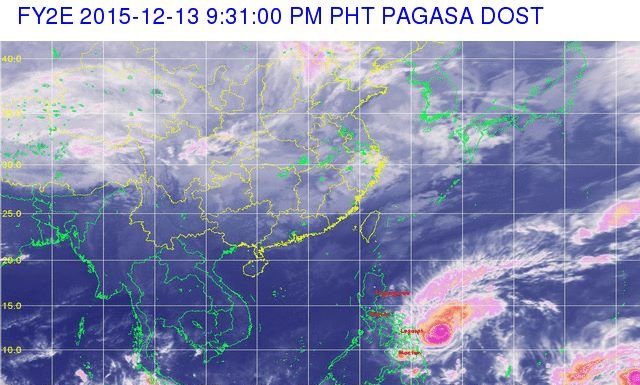 In the 11 pm severe weather bulletin, the typhoon now has maximum winds of 150 kilometers per hour (kph) near the center, and gustiness of up to 185 kph. It is moving west at 19 kph.

The eye of Typhoon Nona was located 325 kilometers east of Catarman, Northern Samar.

Public storm warning signals are hoisted over the following areas: Estimated rainfall amount is from moderate to heavy within the 300-kilometer diameter of the typhoon, according to the bulletin.

PAGASA added that it is possible to raise storm warning signal 1 over the rest of Southern Luzon and Metro Manila on Sunday evening. – Rappler.com