Nona still has maximum winds of 150 km/h near the center and gustiness of up to 185 km/h.

Estimated rainfall amount is from heavy to intense within the 300-kilometer diameter of the typhoon.

Storm warning signals are raised in parts of Luzon and Visayas. 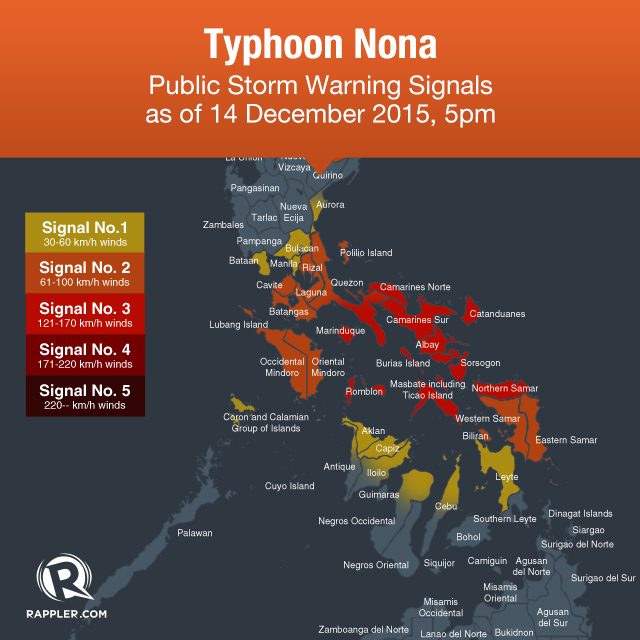 Nona is expected to cross Burias Island on Monday night and pass over the Mindoro provinces on Tuesday afternoon, December 15.

The typhoon is expected to stay in the Philippine Area of Responsibility (PAR) until Friday, December 18. – Rappler.com