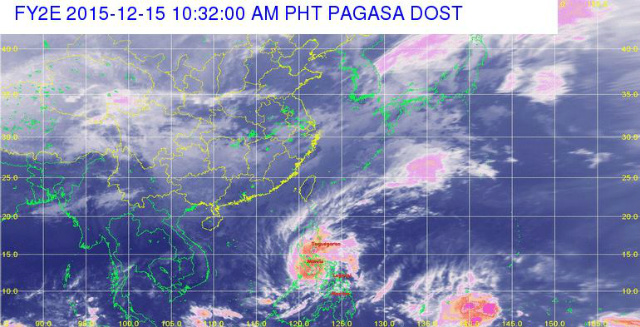 MANILA, Philippines – Typhoon Nona (international name Melor) has made another landfall over Pinamalayan, Oriental Mindoro at 10:30 am Tuesday, December 15, according to state weather bureau PAGASA.

As of 1 pm Tuesday, Nona was located over Nauan, Oriental Mindoro, or 25 km south of Calapan.

PAGASA said in its 11 am bulletin that the typhoon has maximum sustained winds of 140 kilometers per hour (km/h) near the center and gustiness of up to 170 km/h.

The typhoon is moving west in direction at 15 km/h, with moderate to heavy rainfall expected within its 250-km diameter.

This is the 5th time Nona hit land, according to PAGASA weather observer Maribet Martinez. It first hit land on Monday morning, December 14 in Northern Samar; and made its second landfall in Sorsogon in the afternoon.

It also made landfall in Burias Island and Romblon, Martinez added. 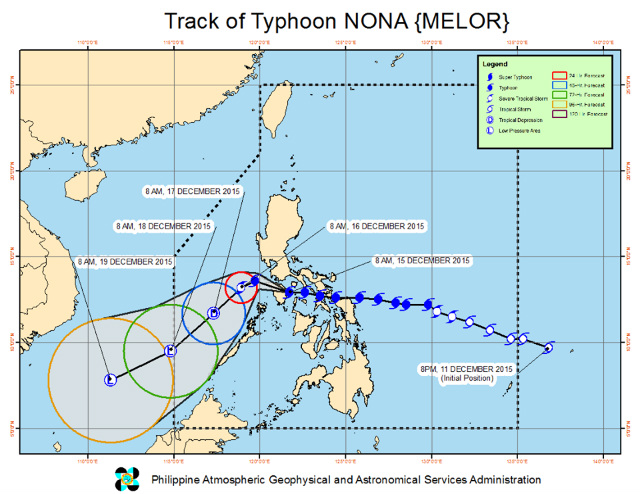 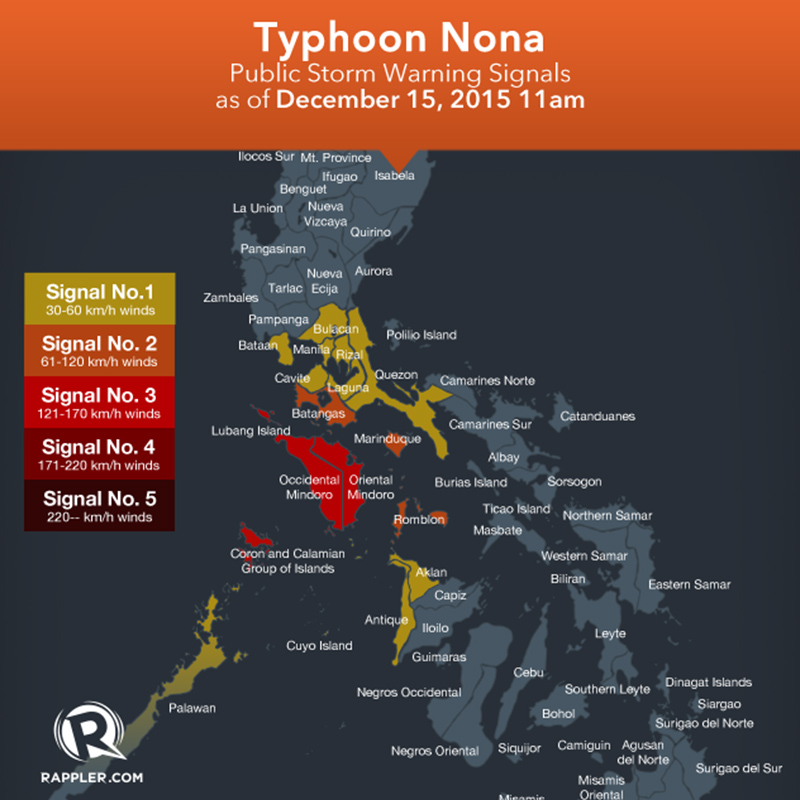 PAGASA said flash floods and landslides are expected over areas under signals no. 2 and 3, while storm surges of up to 2 meters are possible.

“Nona is expected to cross Mindoro and will be over the West Philippine Sea this afternoon,” it added in its 11 am bulletin.

A low pressure area was also spotted at 1,800 km east southeast of Mindanao on Tuesday, 8 in the morning.

The next bulletin on Nona will be issued at 5 pm Tuesday. – Jee Y. Geronimo/Rappler.com