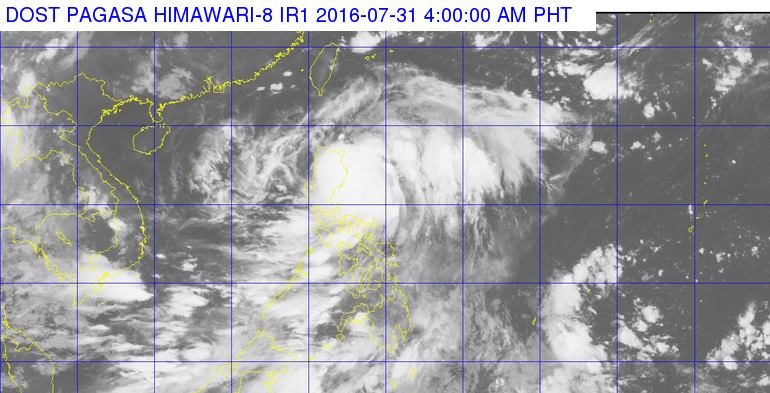 In its bulletin issued 5 am on Sunday, state weather bureau PAGASA said Carina now has maximum winds of up to 85 kilometers per hour (km/h) and gustiness of up to 100 km/h.

Moderate to heavy rains are expected within the 400-km diameter of the tropical storm.

As of 4 am, Carina was 205 km east of Casiguran, Aurora, still moving northwest toward Northern Luzon at 20 km/h.

Signal number 2 is up over the following provinces:

PAGASA warned that there could also be rains in the rest of Central Luzon and Northern Luzon, as well as the provinces of Quezon and Camarines Norte.

Meanwhile, coastal waters in the northern and eastern seaboards of Luzon are rough to very rough.

Carina is expected to leave the Philippine Area of Responsibility (PAR) on Monday, August 1.