It earlier made landfall in Cabutunan Point in Gonzaga, Cagayan at 1:20 pm.

As of 11 pm, Carina has slightly intensified and now has maximum winds of up to 100 km/h and gustiness of up to 130 km/h. Moderate to heavy rains are still expected within its 500-km diameter. 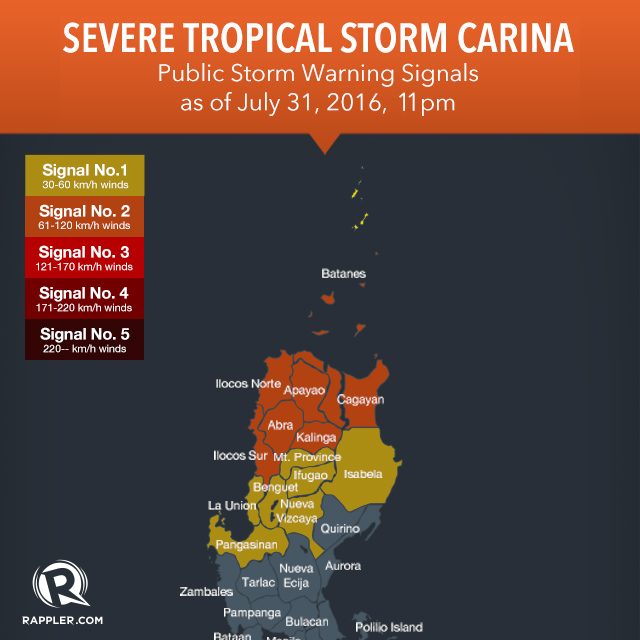 PAGASA warned that there could also be rains in Calabarzon, Mimaropa, Central Luzon, and the rest of Northern Luzon.