In its bulletin issued 10:30 pm on Thursday, state weather bureau PAGASA said Enteng was already 1,000 kilometers northeast of Itbayat, Batanes, or outside PAR.

It is moving north northeast at 19 kilometers per hour (km/h).

As it left PAR, it strengthened further with maximum winds of up to 100 km/h and gustiness of up to 130 km/h.

Enteng, which had developed from a low pressure area into a tropical cyclone just on Thursday morning, did not make landfall in the country.

It only enhanced the southwest monsoon, which will continue to affect the western part of Northern Luzon on Friday, September 2.

Enteng is similar to the previous tropical cyclone before it – Typhoon Dindo (Lionrock) – as they both stayed near the PAR boundary and did not directly affect the Philippines.

Lionrock, however, left at least 11 people dead in Japan. 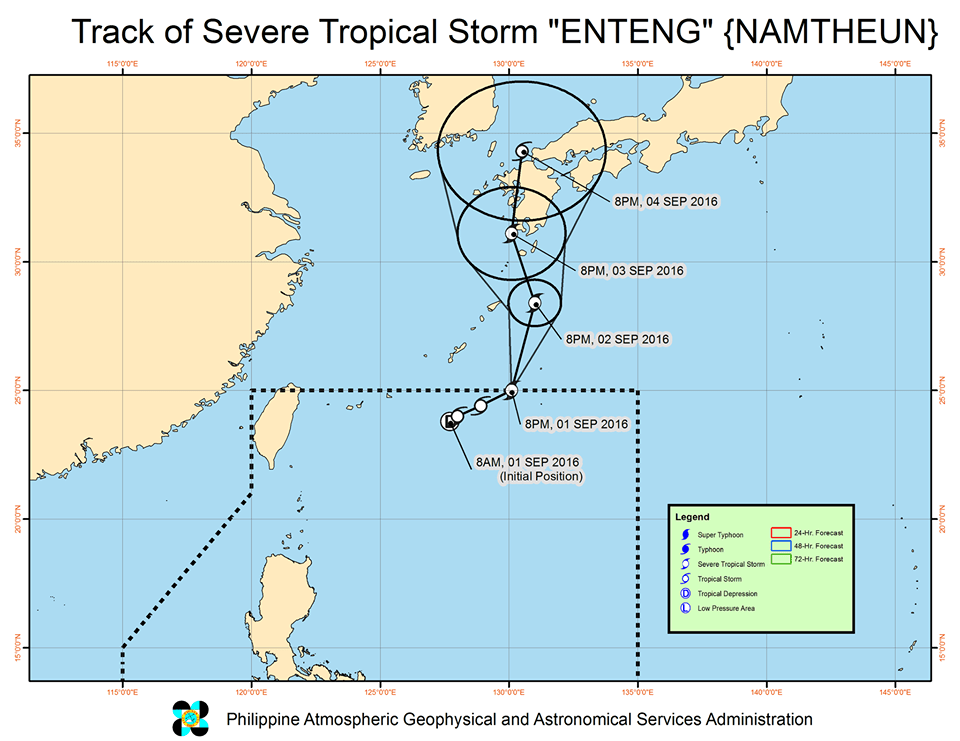