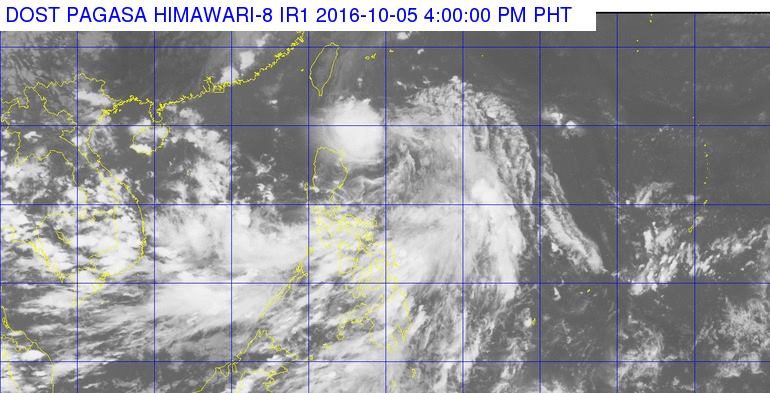 In its bulletin issued 5 pm on Wednesday, state weather bureau PAGASA said Julian now has maximum winds of up to 55 kilometers per hour (km/h) near the center and gustiness of up to 70 km/h.

Moderate to heavy rain is expected within the 300-km diameter of the tropical depression.

PAGASA said Julian is expected to pass close to the Batanes-Babuyan area on Thursday morning, October 6.

With Julian inside the Philippine Area of Responsibility (PAR), PAGASA also warned small seacraft not to venture out into the northern seaboard of Northern Luzon.

Julian is expected to leave PAR on Thursday.