Catanduanes, CamSur under signal no. 4 due to Nina MANILA, Philippines – Catanduanes and Camarines Sur are both under signal number 4 as of early Sunday afternoon, December 25, as Typhoon Nina (Nock-ten) poses a “serious threat” to the Bicol Region.

In a bulletin issued 2 pm on Sunday, state weather bureau PAGASA said Nina is already 110 kilometers east of Virac, Catanduanes. It is still moving west at 15 kilometers per hour (km/h).

The typhoon maintained its strength, with maximum winds of up to 185 km/h and gustiness of up to 255 km/h. 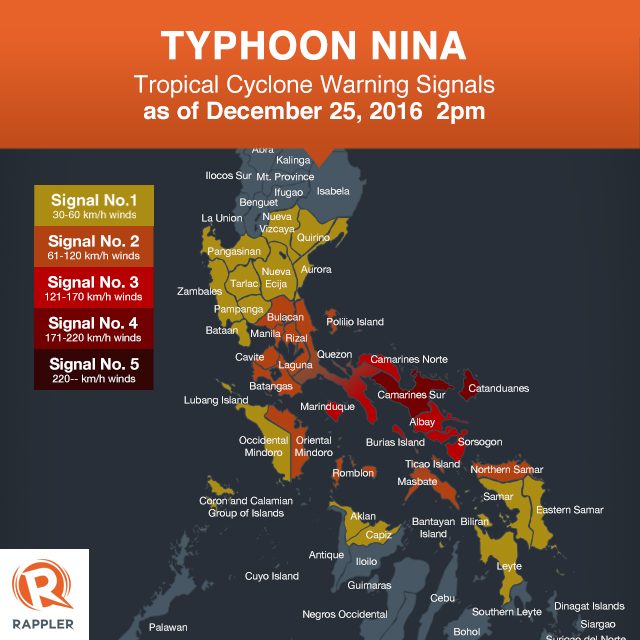