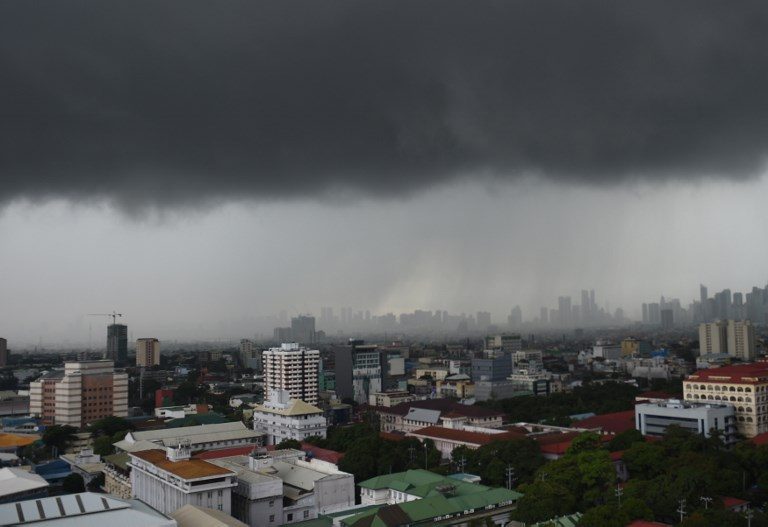 MANILA, Philippines – The rainy season has officially begun in the country, announced state weather bureau PAGASA on Tuesday, May 30.

PAGASA said there has been “widespread rainfall” in the past few days, signaling the shift from the dry to the wet season.

“The occurrence of widespread rainfall recorded in most PAGASA stations monitored in the last 5 days under Type 1 Climate confirms the onset of the rainy season,” said the state weather bureau in an advisory.

For the onset of the rainy season to be declared, the requirement is 5 days of rain generating a total amount of at least 25 millimeters (mm) of rainfall. These 5 days must also include 3 straight days of at least 1 mm of rainfall.

Last May 24, PAGASA had announced the beginning of the southwest monsoon, which is characterized by warm and humid weather with rainfall.

On Tuesday, the state weather bureau said: “Intermittent to continuous rains and thunderstorms, associated with the southwest monsoon, will continue to affect Metro Manila and the western section of the country.”

It added that most parts of the country are likely to have “near to above normal rainfall” in June and July.

“However, breaks in the rain events may also occur that can last for several days to weeks due to the persistence of the ridge of the North Pacific high pressure area,” said PAGASA.

So far, the Philippines has had 4 tropical cyclones this year – Auring, Bising, Crising, and Dante. The country is visited by an average of 20 typhoons a year. (READ: LIST: PAGASA’s names for tropical cyclones in 2017)

PAGASA is calling on local government units and the public to prepare for the rainy season. – Rappler.com