Gorio now a typhoon, Batanes under signal no. 2 In a bulletin issued 5 pm on Friday, state weather bureau PAGASA said Gorio now has maximum winds of 120 kilometers per hour (km/h) and gustiness of up to 145 km/h.

Aside from Gorio, PAGASA continues to monitor a tropical depression located outside the Philippine Area of Responsibility (PAR), at 600 kilometers west of Calayan, Cagayan. This tropical depression is barely moving, according to PAGASA, and it will not enter PAR.

Both the tropical depression and Gorio, however, will continue to enhance the southwest monsoon.

The rest of Luzon, meanwhile, should expect more light to moderate rain and thunderstorms. 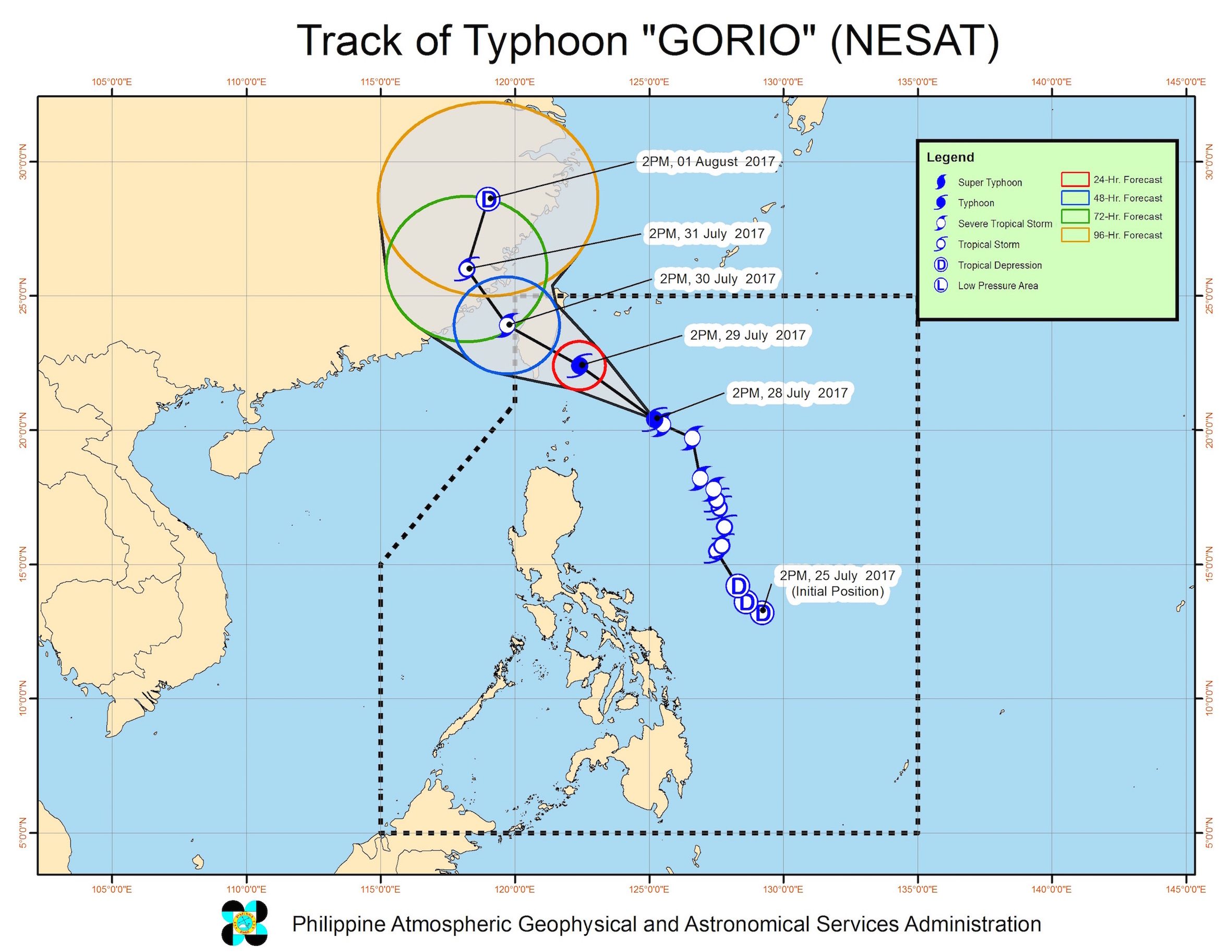 The state weather bureau also previously issued a gale warning, advising fishing boats and other small seacraft not to venture out into the western seaboard of Northern Luzon and Central Luzon. There will be strong to gale force winds in Ilocos Sur, La Union, Pangasinan, and the western coast of Ilocos Norte, Zambales, and Bataan.