Typhoon Gorio intensifies again as it heads for Taiwan Facebook Twitter Copy URL
Copied
Gorio (Nesat) might make landfall in Taiwan on Saturday, July 29, but it is still enhancing the southwest monsoon in the Philippines

In a bulletin issued 5 am on Saturday, state weather bureau PAGASA said Gorio now has maximum winds of 145 kilometers per hour (km/h) and gustiness of up to 180 km/h.

Aside from Gorio, PAGASA continues to monitor a tropical depression located outside the Philippine Area of Responsibility (PAR), at 560 kilometers west of Laoag City, Ilocos Norte. This weather disturbance is unlikely to enter PAR.

Both the tropical depression and Gorio, however, will continue to enhance the southwest monsoon.

Monsoon rain which may trigger flash floods and landslides will continue in Ilocos, Cordillera, Bataan, and Zambales.

The rest of Luzon, including Metro Manila, will have light to moderate rain and thunderstorms.

PAGASA also warned that sea travel is risky in the seaboards of Northern Luzon and the western seaboard of Central Luzon and Southern Luzon. 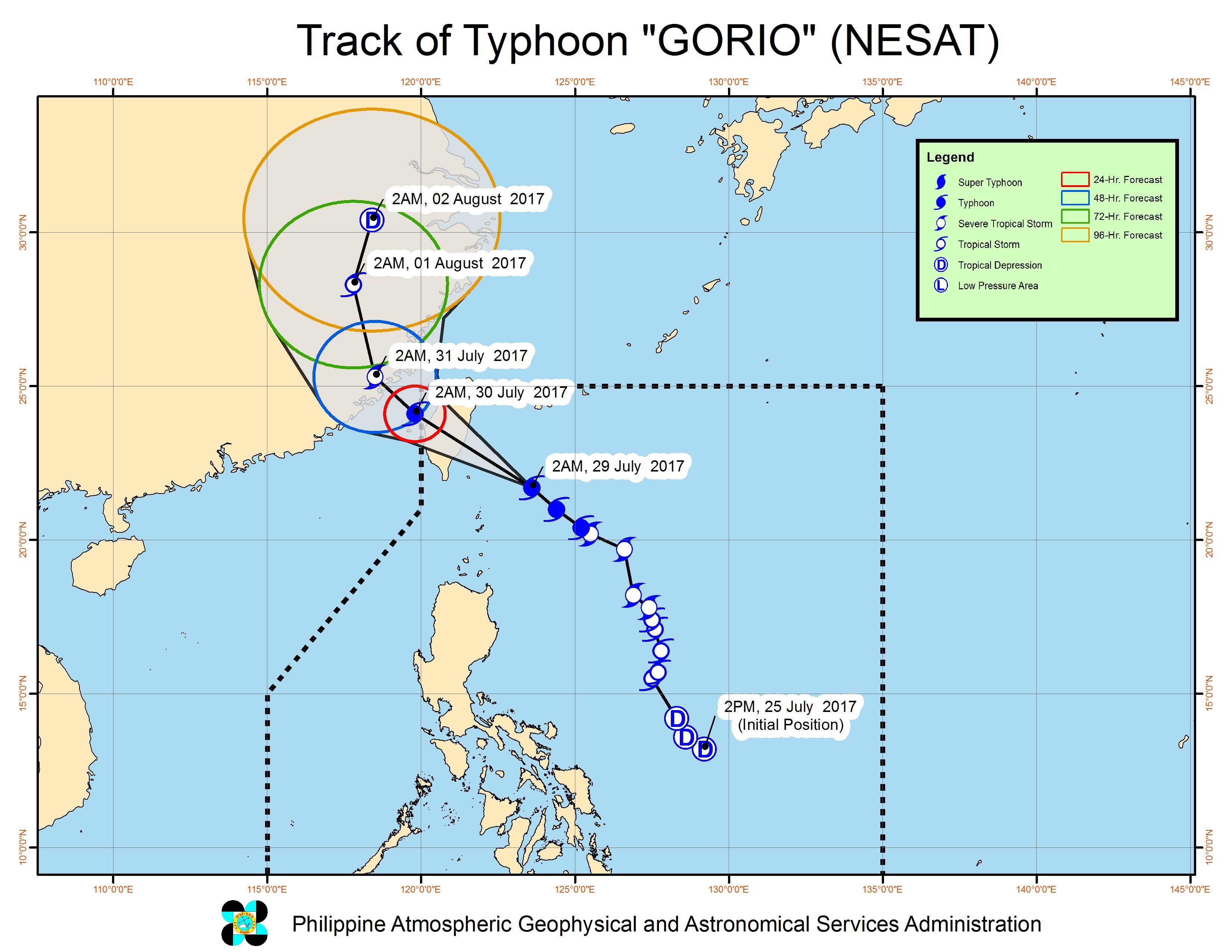