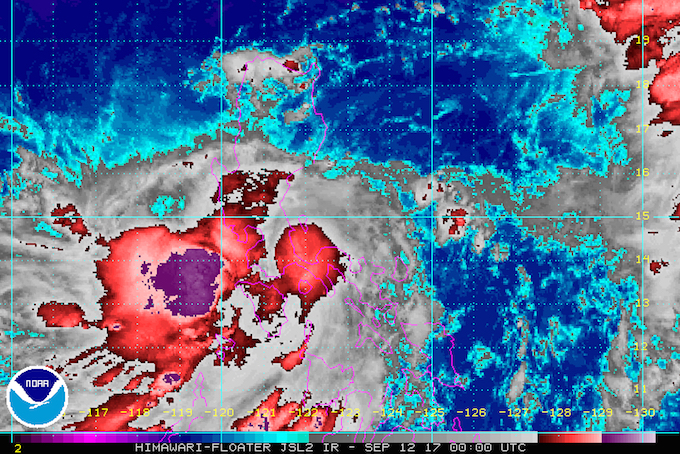 MANILA, Philippines – Tropical Depression Maring is expected to make landfall in the vicinity of Mauban, Quezon on Tuesday morning, September 12, based on its latest forecast track.

In a bulletin issued at 8:30 am on Tuesday, state weather bureau PAGASA said Maring is already 35 kilometers south southeast of Infanta, Quezon, moving west northwest at a faster 15 kilometers per hour (km/h) from the previous 11 km/h.

Due to the heavy rain, classes were suspended in several cities and provinces for Tuesday.

Malacañang also suspended work in government offices in Metro Manila, Calabarzon, and Central Luzon. The Supreme Court suspended work in courts in the same 3 regions as well, while there will be no trading at the Philippine Stock Exchange.

The tropical depression slightly intensified ahead of its landfall, and now has maximum winds of 60 km/h and gustiness of up to 80 km/h.

Signal number 1 is raised in the following areas due to Maring: 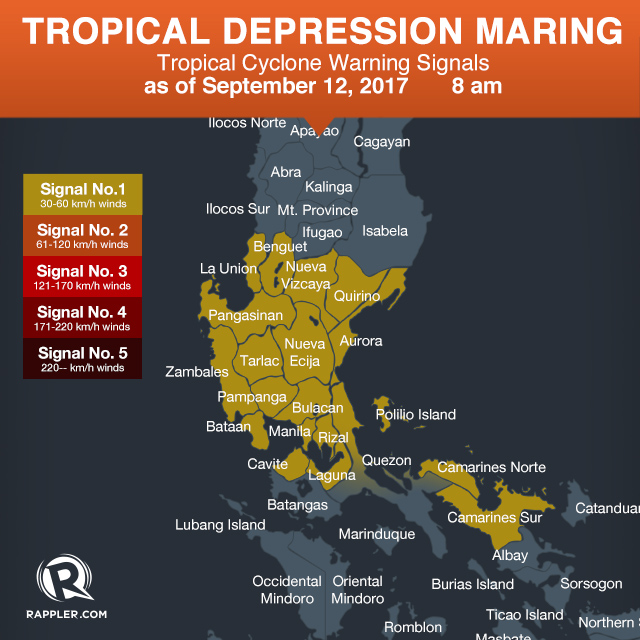 The tropical depression is bringing moderate to heavy rain to the regions of Metro Manila, Central Luzon, Bicol, Calabarzon, and Mimaropa, as well as the province of Pangasinan. These areas should watch out for floods and landslides.

PAGASA also warned that sea travel is dangerous in the eastern seaboards of Aurora, Quezon, and Bicol. 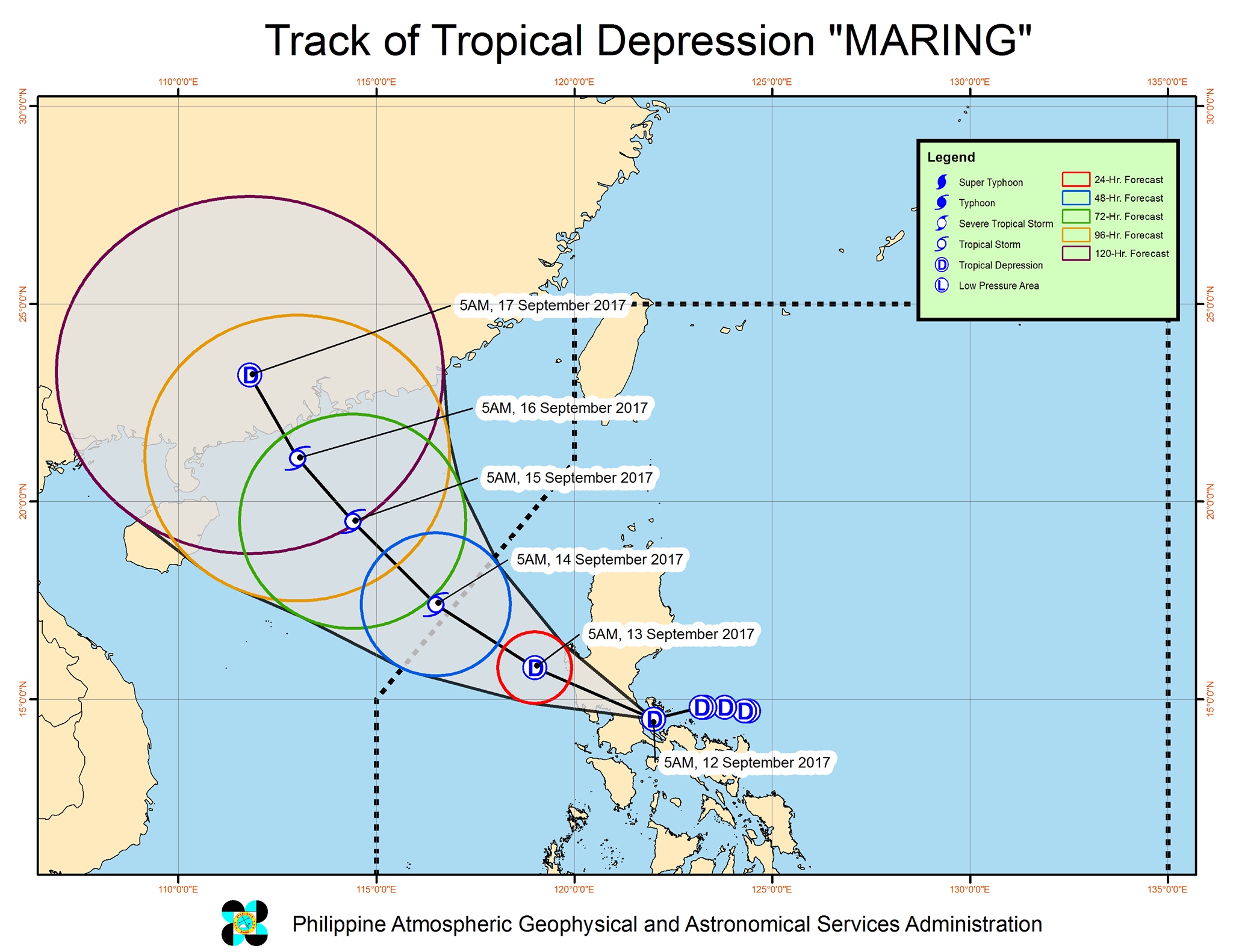 PAGASA also continues to monitor Typhoon Lannie (Talim), which is not directly affecting the country, unlike Maring.

Lannie continues to head for Taiwan, with maximum winds of 120 km/h and gustiness of up to 145 km/h.