Tropical Depression Odette speeds up as it heads for Cagayan 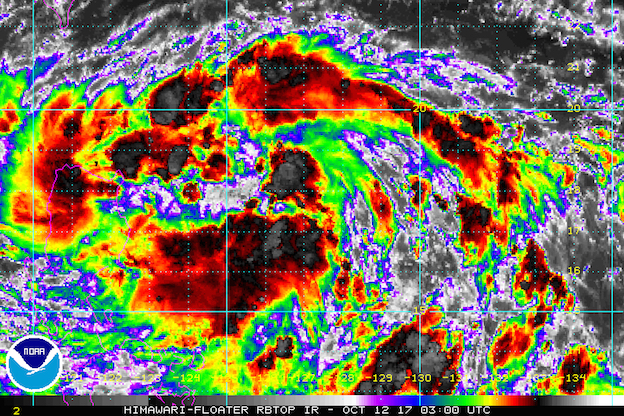 The tropical depression still has maximum winds of 55 km/h and gustiness of up to 65 km/h.

PAGASA warned that Odette could intensify into a tropical storm before making landfall. Since it is moving faster, it is now projected to hit land in Cagayan on Thursday evening. (READ: FAST FACTS: Tropical cyclones, rainfall advisories) 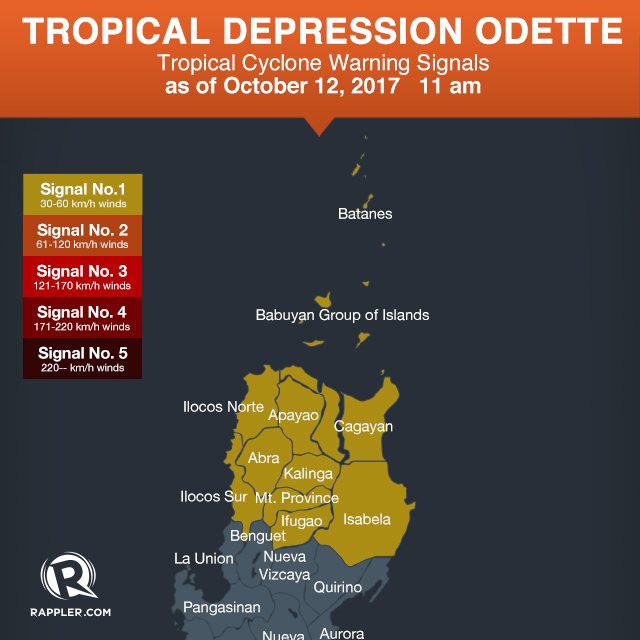 Sea travel remains risky in the northern and eastern seaboards of Northern Luzon. 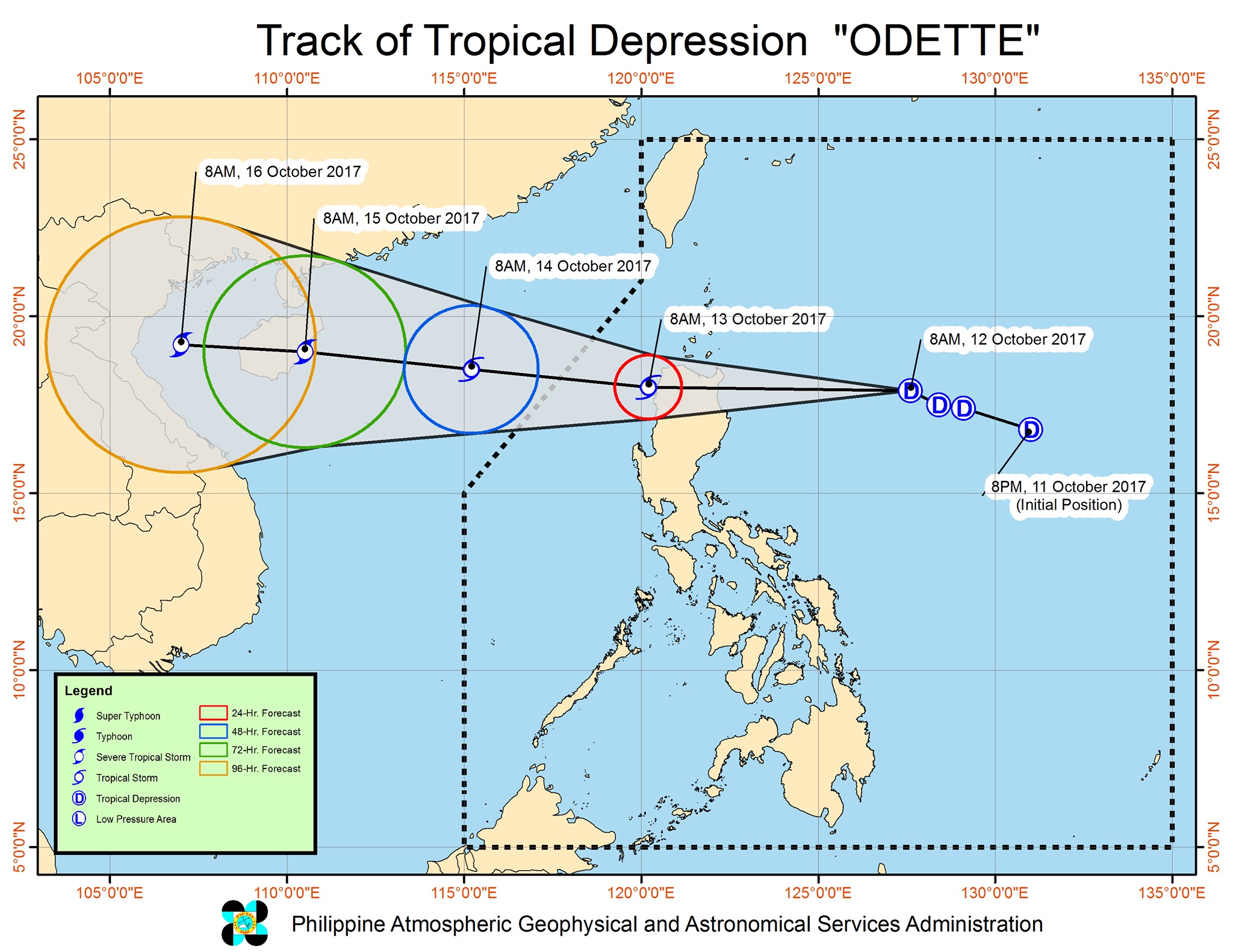