In a briefing past 5 am on Wednesday, state weather bureau PAGASA said Paolo now has maximum winds of 120 kilometers per hour (km/h) and gustiness of up to 145 km/h.

The typhoon is already 765 kilometers east of Guiuan, Eastern Samar or 745 kilometers east northeast of Hinatuan, Surigao del Sur. It is moving north northwest at a slightly faster 17 km/h from the previous 15 km/h.

There are no areas under tropical cyclone warning signals since Paolo is too far from land, and it is not expected to make landfall in the Philippines. (READ: FAST FACTS: Tropical cyclones, rainfall advisories)

Paolo is expected to leave the Philippine Area of Responsibility (PAR) on Sunday, October 22. 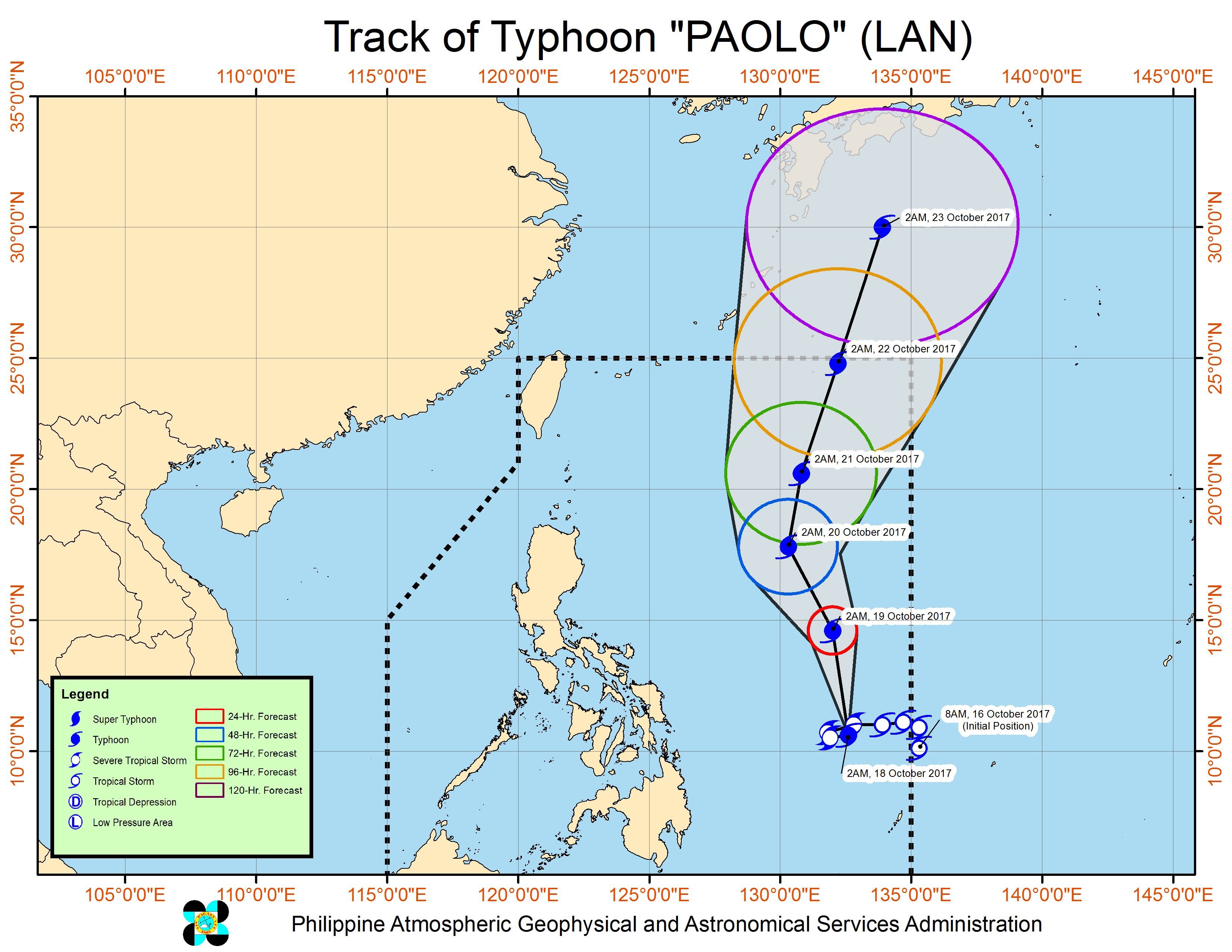 PAGASA also continues to monitor a low pressure area (LPA), which has a slim chance of developing into a tropical cyclone.

The rest of Luzon, meanwhile, will have isolated thunderstorms.

PAGASA also warned that coastal waters in the country are moderate to rough. – Rappler.com