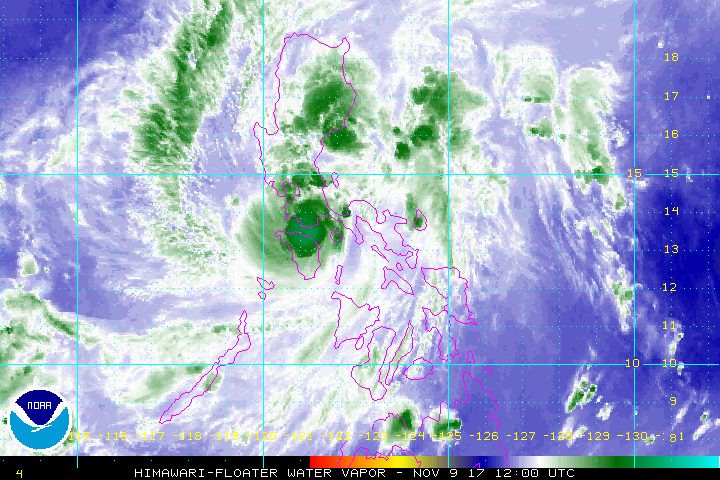 Facebook Twitter Copy URL
Copied
There are still 20 areas under signal no. 1 due to Salome, which may trigger flash floods and landslides

PAGASA earlier announced that Salome made landfall in San Juan, Batangas, at 7 pm on Thursday. It remains in the vicinity of Batangas – and closer to Metro Manila at this point – still moving west northwest at 25 kilometers per hour (km/h).

Salome continues to have maximum winds of 55 km/h and gustiness of up to 90 km/h, but PAGASA warned that it may become a tropical storm within the next 24 hours. 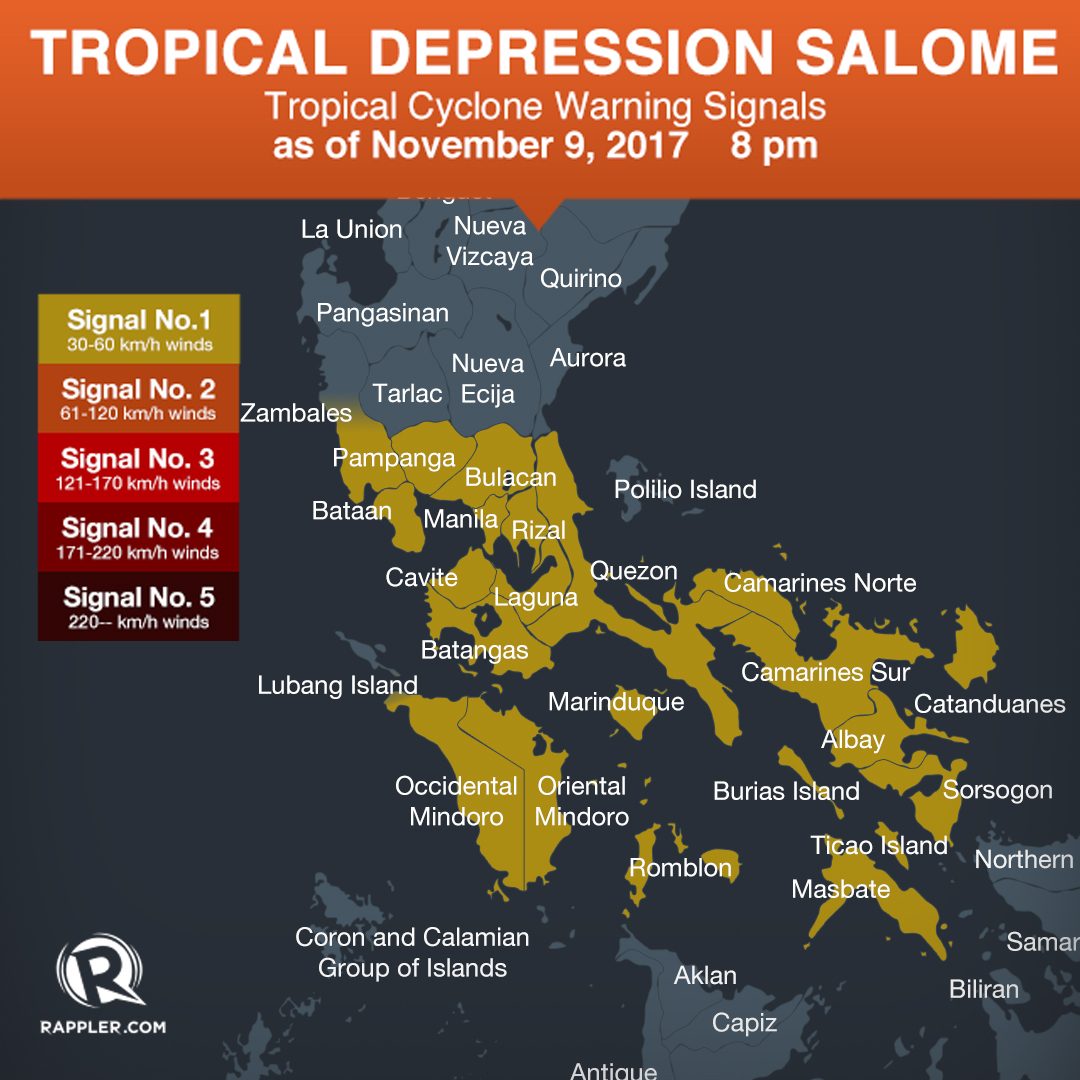 There is moderate to heavy rainfall within the 250-kilometer diameter of the tropical depression. Flash floods and landslides are possible.

Aside from areas under signal number 1, PAGASA also warned Central Luzon to be on alert for flash floods and landslides as well. (READ: FAST FACTS: Tropical cyclones, rainfall advisories)

Sea travel remains suspended in areas under signal number 1 due to moderate to rough seas. PAGASA warned fishing boats and other vessels not to venture out into sea.

Classes have again been suspended in parts of Luzon for Friday, November 10. 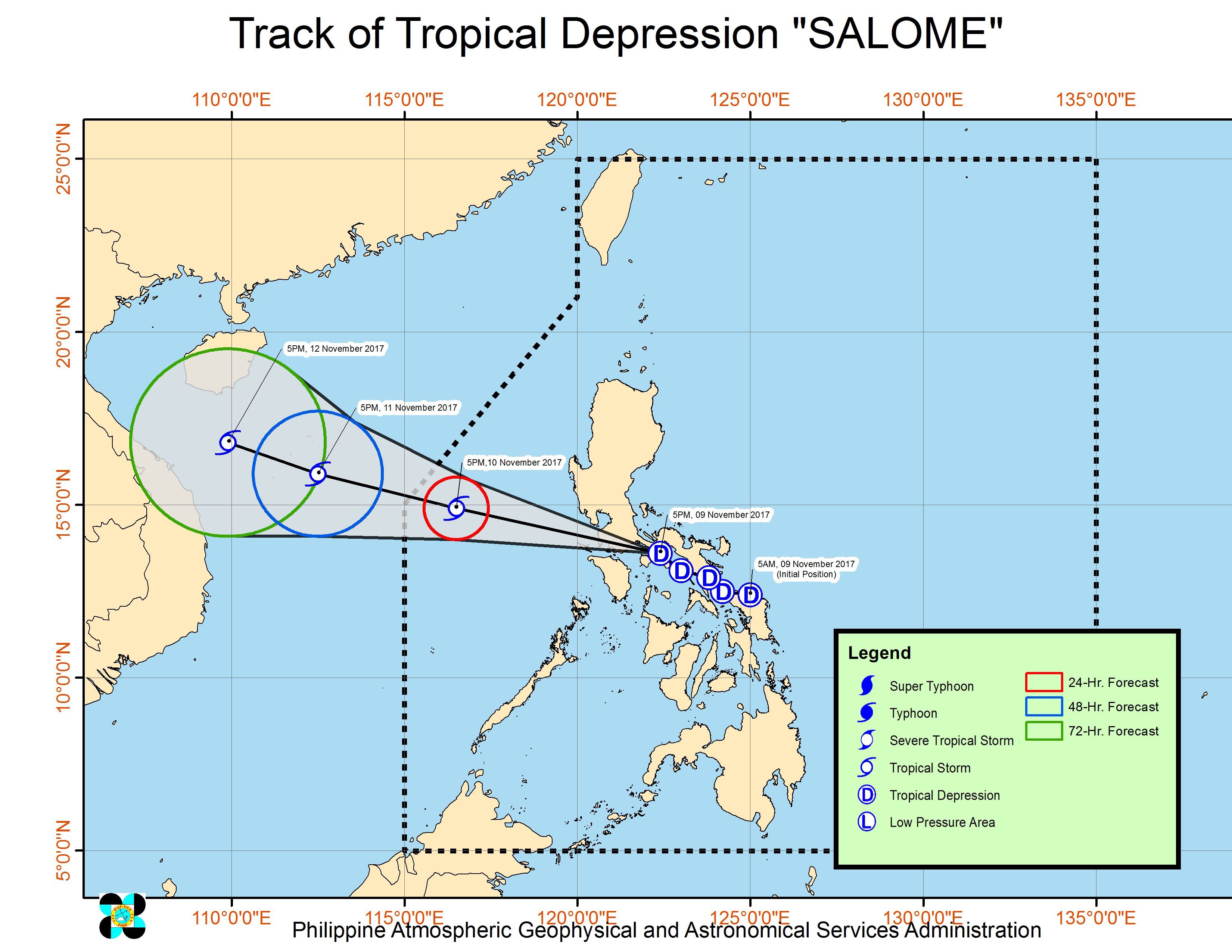