Tropical Storm Salome begins to move away from land Facebook Twitter Copy URL
Copied
Salome (Haikui) is off the coast of the Zambales-Bataan area. Only Bataan and southern Zambales are under signal no. 2.

MANILA, Philippines – Tropical Storm Salome (Haikui) began to move away from land before dawn on Friday, November 10, and is now off the coast of the Zambales-Bataan area.

In a bulletin issued 5 am on Friday, state weather bureau PAGASA said Salome is already 55 kilometers southwest of Subic, Zambales. It slightly slowed down and is now moving west northwest at 20 kilometers per hour (km/h) from the previous 22 km/h.

The tropical storm has maximum winds of 65 km/h and gustiness of up to 100 km/h.

Only two areas are under signal number 2:

Though Salome is starting to move away from land, there is still moderate to heavy rainfall within the 250-kilometer diameter of the tropical storm. Flash floods and landslides are possible.

Aside from areas under signal numbers 1 and 2, PAGASA warned Central Luzon and Calabarzon to be on alert for flash floods and landslides as well. (READ: FAST FACTS: Tropical cyclones, rainfall advisories)

But PAGASA forecaster Obet Badrina said in a briefing early Friday that the weather is expected to improve later in the day, when Salome moves further away.

For now, sea travel remains suspended in areas under signal numbers 1 and 2 due to rough to very rough seas.

Classes have also been suspended again in parts of Luzon for Friday.

Salome is expected to leave the Philippine Area of Responsibility (PAR) early Saturday morning, November 11 – before leaders of the Association of Southeast Asian Nations arrive in the country for the 31st ASEAN Summit. (READ: Bad weather results in cancelled flights on Thursday, Nov 9) 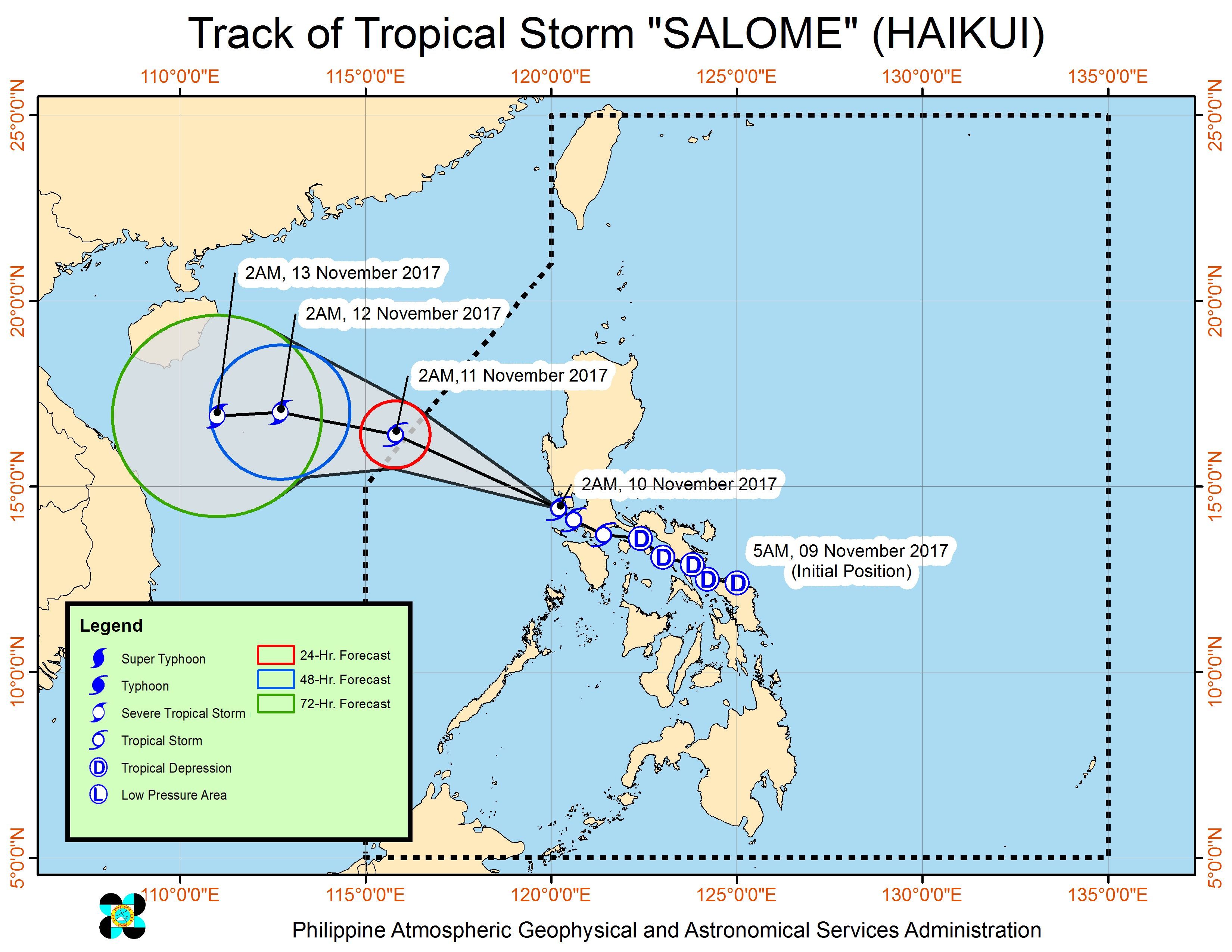