Dec 15, 2017 11:59 PM PHT
Rappler.com
Facebook Twitter Copy URL
Copied
Tropical Storm Urduja (Kai-tak) is still unable to move away from the region due to its interaction with the northeast monsoon and the tail-end of a cold front 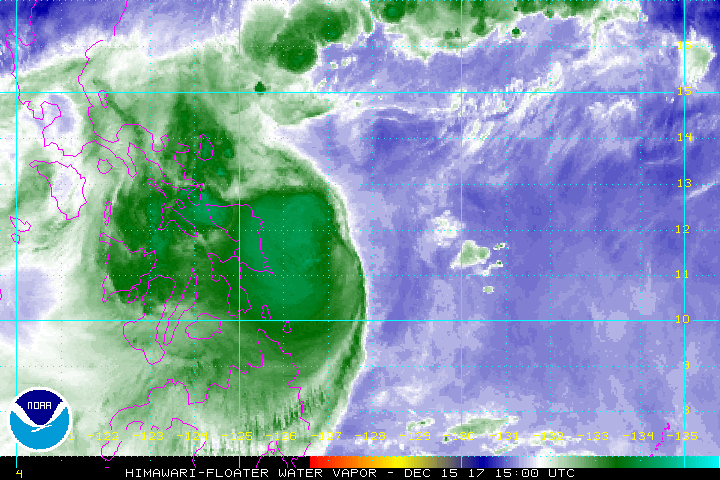 In a bulletin issued 11 pm on Friday, PAGASA said Urduja is still 240 kilometers east of Borongan, Eastern Samar, where it has stayed for much of Friday. It is inching west northwest at just 7 kilometers per hour (km/h).

PAGASA forecaster Aldczar Aurelio earlier explained that the tropical storm is barely moving because it is interacting with the northeast monsoon and the tail-end of a cold front, which are preventing it from advancing.

Urduja is expected to make landfall in the Eastern Samar-Northern Samar area on Saturday, December 16. Coastal communities in the two provinces are advised to heed authorities’ warnings since there could be more flooding.

So far, Urduja continues to have maximum winds of 75 km/h and gustiness of up to 90 km/h. (READ: EXPLAINER: How tropical cyclones form) 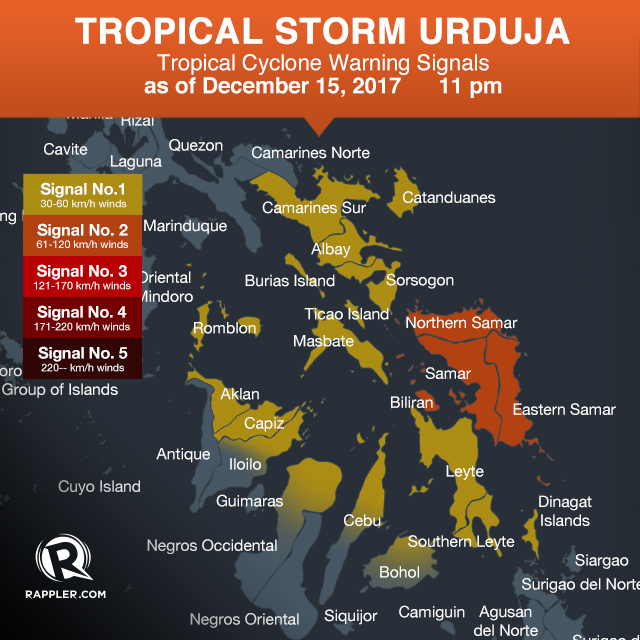 Below are the top 5 areas which received the most rainfall in terms of millimeters (mm), from 8 am of Thursday, December 14, to 8 am of Friday, or a 24-hour period. Guiuan, Eastern Samar is the hardest-hit as it received nearly two months’ worth of rain in just one day.

Floods and landslides have hit Eastern Samar since Thursday, while Tacloban City was placed under a state of calamity on Friday.

PAGASA said residents of provinces in the tropical storm’s path “must undertake appropriate measures against flooding and landslides and coordinate with their respective local government and disaster risk reduction and management offices.” (LOOK: Bicol braces for Urduja)

Sea travel also remains risky in the eastern seaboards of Bicol, the Visayas, and Caraga.

The Department of Social Welfare and Development (DSWD) has already activated the government’s national disaster response operation to assist areas affected by the tropical storm.

Based on its forecast track, Urduja will eventually get downgraded back to a tropical depression by Sunday, December 17, and then into a low pressure area by Wednesday, December 20. 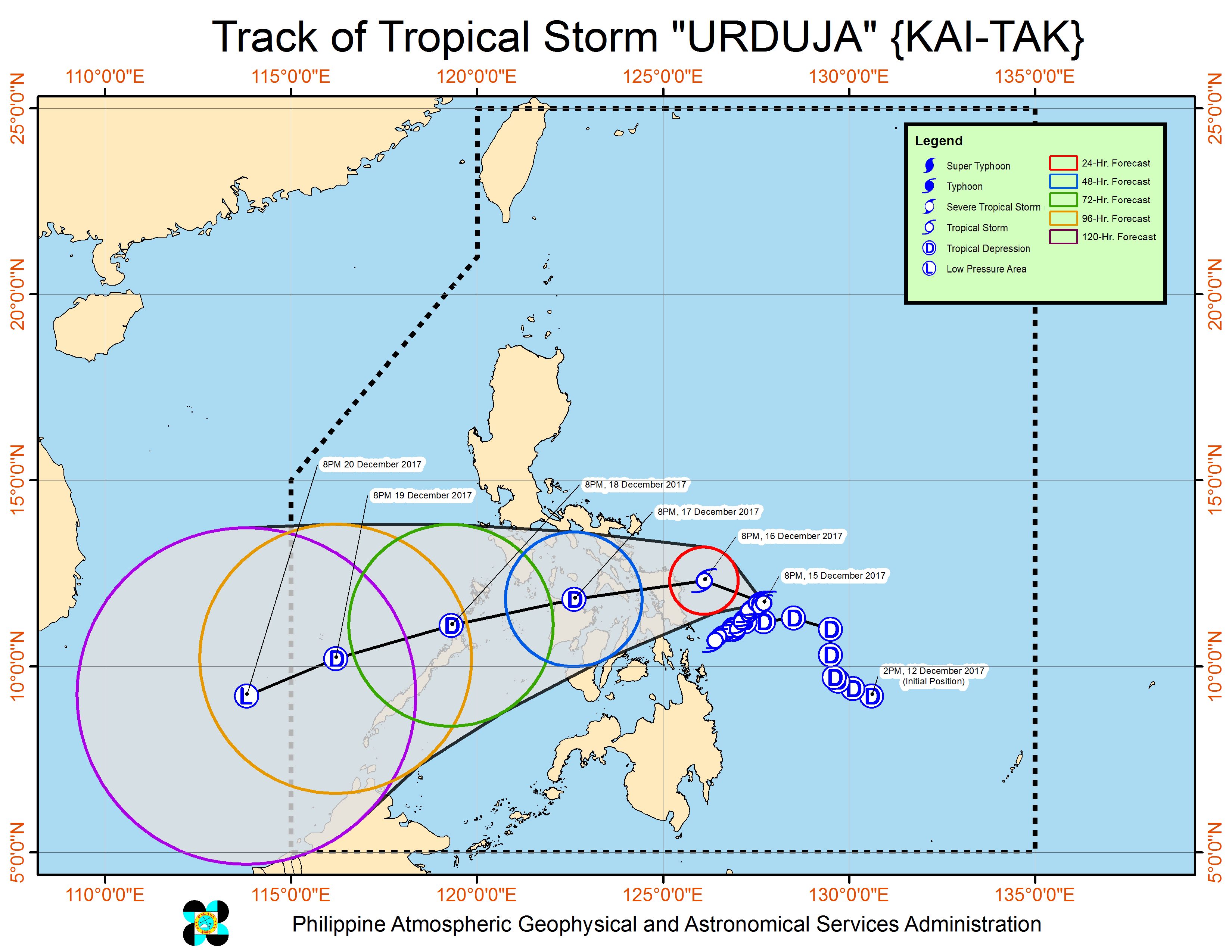