8 areas under signal no. 2 as Urduja moves closer to land 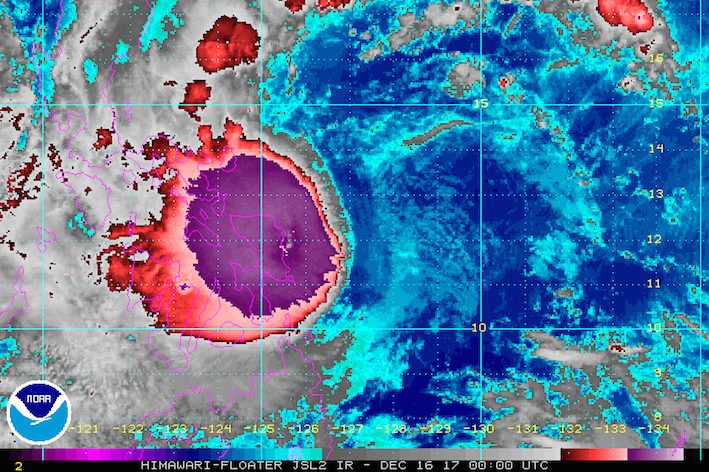 In a bulletin issued 8 am on Saturday, PAGASA said Urduja is already 125 kilometers east northeast of Borongan, Eastern Samar, moving west at 10 kilometers per hour (km/h). This speed is still slow, but it is slightly faster now compared to when it was barely moving on Friday, December 15.

PAGASA forecaster Aldczar Aurelio earlier explained that the tropical storm’s interaction with the northeast monsoon and the tail-end of a cold front had been preventing it from advancing faster.

Ahead of its landfall on Saturday afternoon or evening, Urduja has maximum winds of 80 km/h and gustiness of up to 95 km/h. (READ: EXPLAINER: How tropical cyclones form) Floods and landslides have hit Eastern Samar, while Tacloban City is under a state of calamity.

Below are the top 5 areas which received the most rainfall in terms of millimeters (mm), from 8 am of Thursday, December 14, to 8 am of Friday, or a 24-hour period. Guiuan, Eastern Samar is the hardest-hit as it received nearly two months’ worth of rain in just one day.

Based on its forecast track, Urduja will eventually get downgraded back to a tropical depression by Tuesday, December 19, then leave the Philippine Area of Responsibility (PAR) on Wednesday, December 20.