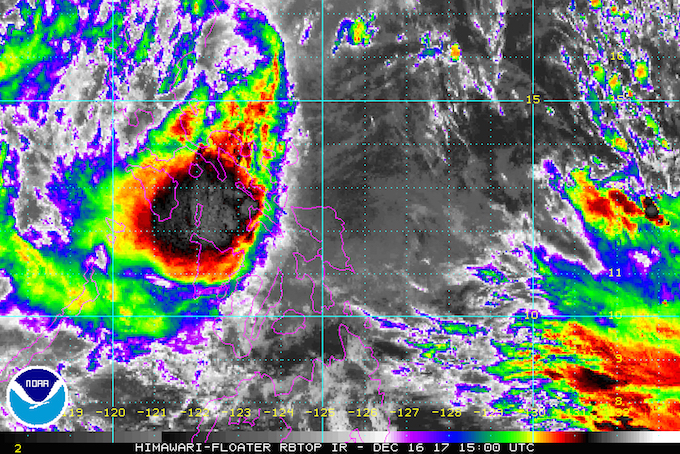 The tropical storm has left at least 3 people dead and 6 others missing, according to the National Disaster Risk Reduction and Management Council (NDRRMC). It had made landfall in San Policarpo, Eastern Samar early Saturday afternoon. 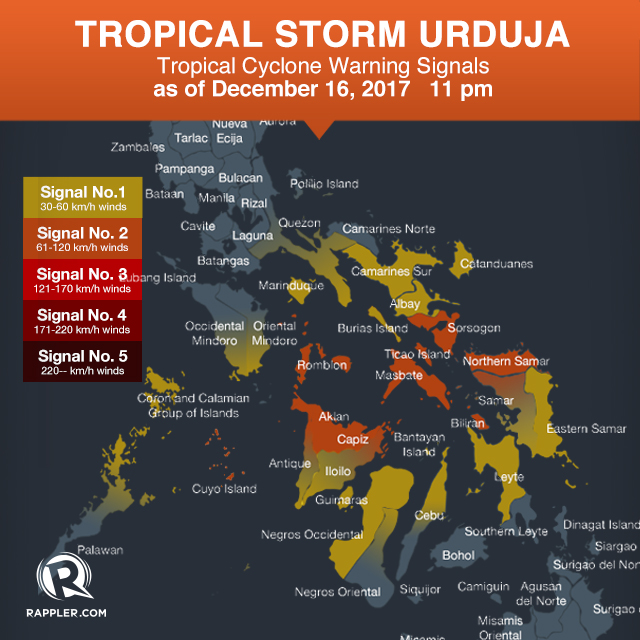 Based on its forecast track, Urduja will eventually get downgraded back to a tropical depression by Sunday, December 17, then leave the Philippine Area of Responsibility (PAR) on Tuesday, December 19 or Wednesday, December 20. 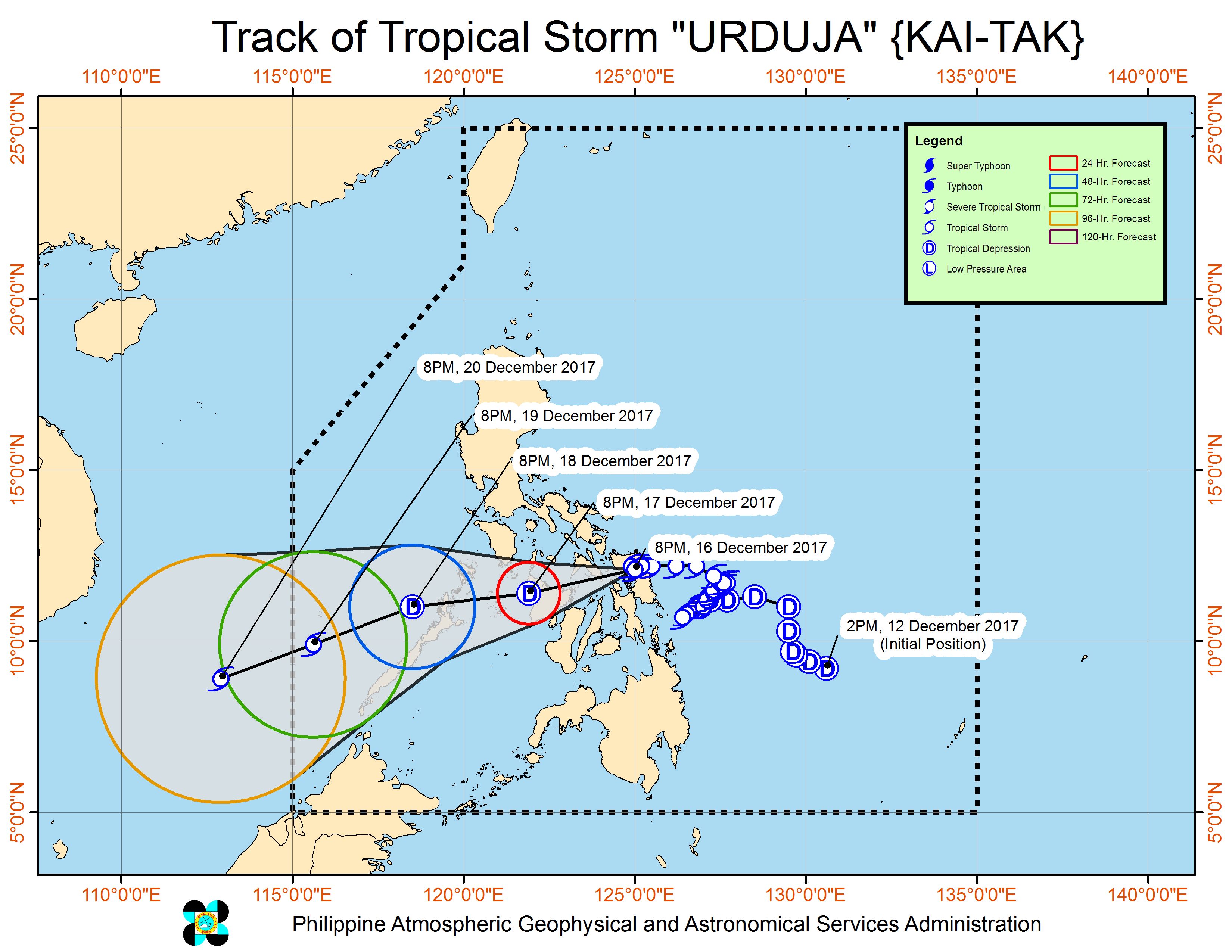 Aside from Urduja, PAGASA is also monitoring a tropical depression located 2,275 kilometers east of Mindanao, still outside PAR. It has maximum winds of 40 km/h and gustiness of up to 50 km/h.

The tropical depression will be given the local name Vinta once it enters next week. – Rappler.com